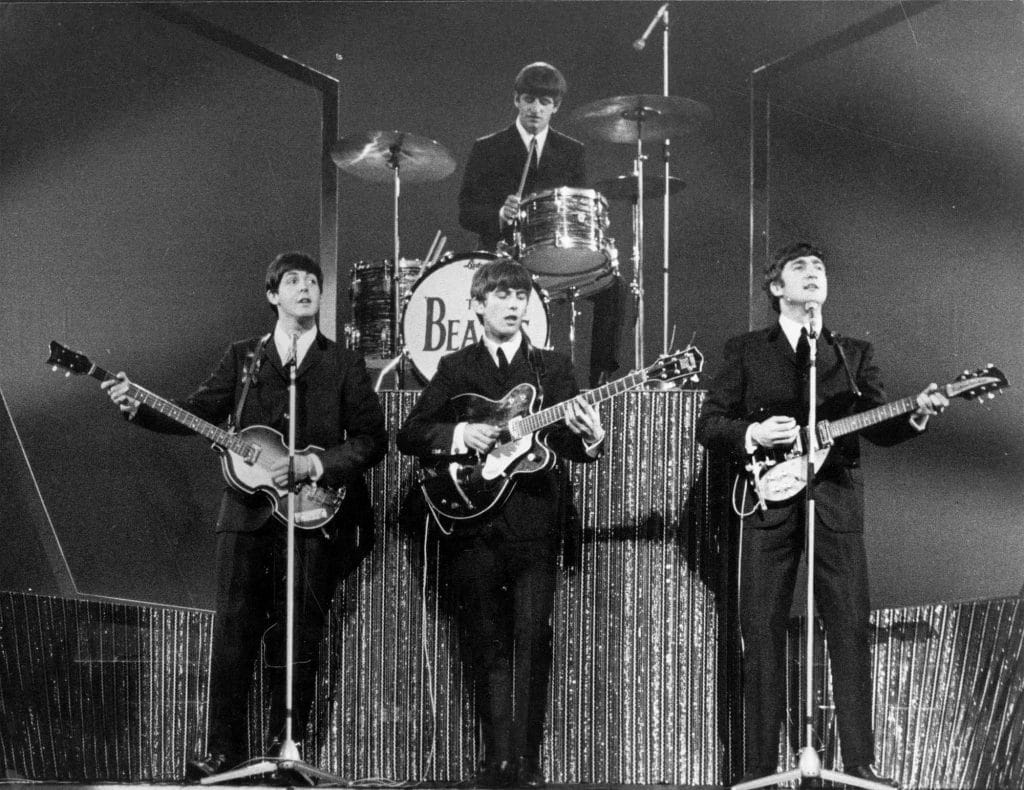 Raise a song of harvest home,

All is safely gathered in,

In 1844, songwriter Henry Alford penned these grateful words, as the dog days of summer curled up contentedly, basking in the beauty of autumn. With winter fast approaching, Alford urged us to seize these brilliant, multi-colored days as celebrations of the fruits of our spring and summer labors. And in their Octobers together, The Beatles did just that! They used October as a month to relax a bit, accept great honors, and take stock of all they’d accomplished before the demanding days of winter were upon them. Let’s share their joys:

October 1961 – Enjoying the money that John’s Auntie “Mater” (Elizabeth) had gifted John for his twenty-first birthday, John and Paul (without saying a word to Pete and George) hied away to Paris for a 14-day spontaneous holiday. Stu (still in Hamburg) had hinted broadly that he would meet them there, and that was all the impetus John needed to break away to the Continent. Unfortunately, Stu found himself too ill to travel, and John was deeply, bitterly disappointed. However, their friend, Jürgen Vollmer, met Lennon and McCartney in “The City of Lights,” and the trio partied as heavily as a 21st birthday deserved. Somewhere amidst the carousing, Volmer influenced the two Beatles to imitate his hairstyle, a rather Edwardian “bowl” cut. Then, during the return trip to Liverpool, the duo stopped off at Anello and Davide in Charing Cross, London, to purchase Cuban-heeled, pointed-toe boots. Returning just in time for a gig at The Casbah, the relaxed John and Paul refused to be shamed for their outing and introduced the others to their innovative, new look. Within days, George wore the “Beatle cut” as well…and both Pete and George parted with the last of their cash for those trendy leather boots. Refreshed and refurbished, The Beatles headed into winter.

October 1963 – Sunday Night at the London Palladium was England’s Ed Sullivan Show. The ATV Television program was the British litmus test, indicating that an entertainer had finally “made the grade.” Growing up, Ringo had heard his mother’s best friend, Annie Maguire, repeat over and over, “Play the Palladium…and die!” The drummer had always seen it as his country’s highest achievement award. Now, he and his mates were about to step onto those legendary boards! As he vomited into a backstage bucket, Ringo thought of all the stars he’d seen standing right where he was about to perform: Judy Garland, Nat King Cole, Elizabeth Taylor, Bob Hope, and Cliff Richard and The Shadows. This magical moment was, for the boy from the Dingle, the greatest “welcome to the big-time” party one could have. Though he was slated to play The Royal Command Performance in only three weeks, for Richard Starkey, this was the “toppermost of the poppermost.” Tonight, his labors had finally reaped reward.

October 1965 – Decked in morning-coat finery, John, Paul, George, and Ringo were off to Buckingham Palace — along with 178 other nominees — to receive the Most Excellent Order of the British Empire, the MBE. Their car cautiously navigated through the largest crowd ever assembled for any royal occasion (including the Queen’s coronation) towards the formal and highly-choreographed event. John was so overwhelmed by the experience that when the Queen asked about The Beatles’ current endeavors, he couldn’t find an answer and blathered that they’d been off on holiday. Not until the four boys arrived in Saville Theatre, where their press conference was to take place, did the four musicians find their voices. Years later, John would avow that he never desired the MBE and had only accepted it because it was “in our best interests,” but on this bright October morning, The Beatles were tongue-tied at the great honor and gratified for the recognition of their talent and hard work.

October 1967 – With his work completed on Dick Lester’s latest film, “Private Gripweed” (a.k.a. John Lennon), along with his three mates, The Beatles — and their lovely ladies — strode into the star-studded London Premiere of “How I Won the War.” The film was one of John’s first solo sorties from “the collective,” a practice that all four Beatles would increasingly enjoy, over the next two years. John was quite nervous about both critical and public reaction to the work. But by the time that the Fab Four Couples viewed the film and headed to their favorite West End clubs, the group was awash in giggles and grins. Riding in a vintage Hispano-Suiza, they were ready to party as only Liverpudlians can. They fêted a project well-done and looked ahead to the bright lights that would continue to shine on.

The Beatles always lived up to the weathered maxim that “a job worth doing is worth doing well.”  Indeed, they worked as did no other group in the industry. But the boys played hard, too. In the 1970s, John famously quipped, “Time you enjoyed wasting was not wasted.” And in their Octobers together, as they harvested laurels from their endeavors, The Beatles saw not a thing amiss with celebrating and pausing, now and again, merely to have fun.