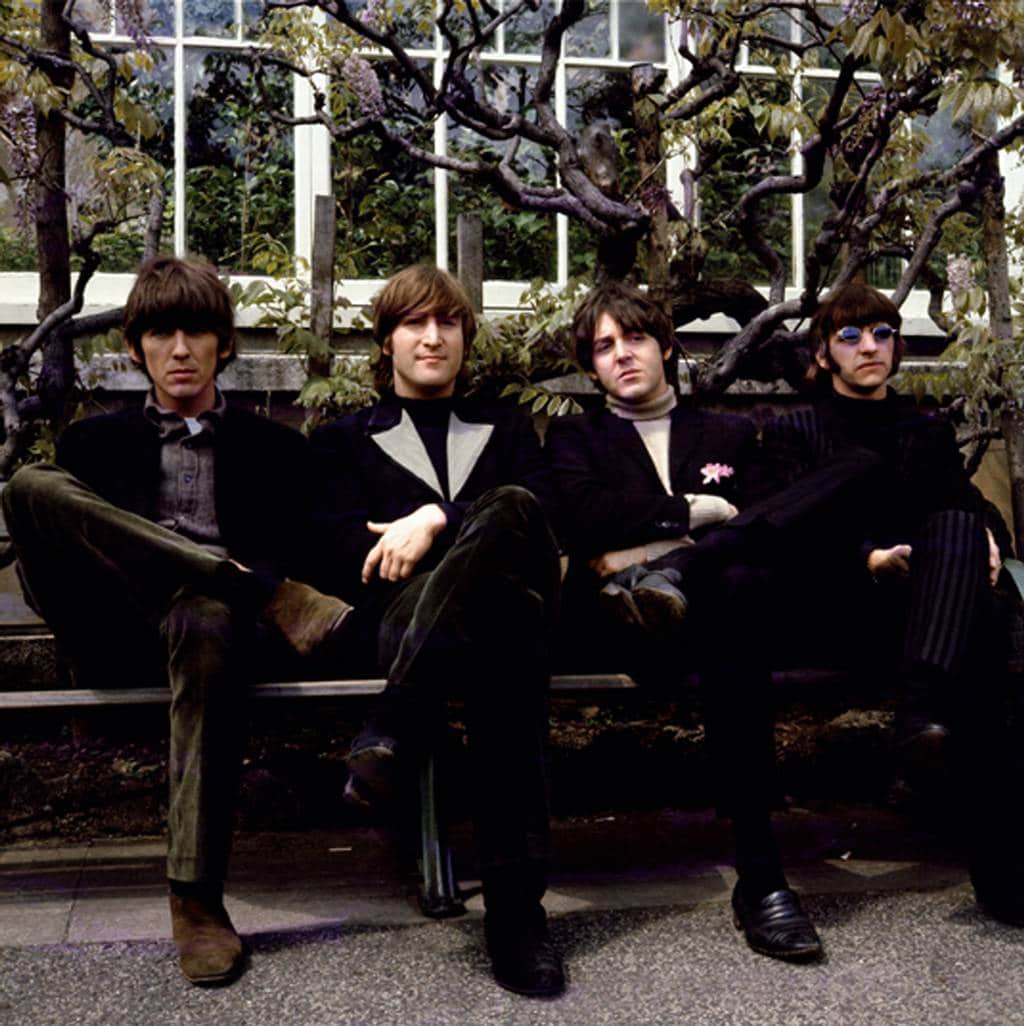 In one of my favorite books on The Beatles and Liverpool, Liverpool: The 5th Beatle, author P. Willis Pitts says, “If The Beatles had not been from disparate cultures, they might not have survived. Ethnically, the four Beatles represented four very different facets of Liverpool in a microcosm. And this not only kept them together for so long, but was what made their music so juicy and colorful.”[1]

Never is that more obvious than in “Tomorrow Never Knows.”

Ringo, the earthy boy from The Dingle who unpretentiously coined remarkable idioms, gave us the clever title, “Tomorrow Never Knows.” When asked for the fourteen millionth time what the future would hold for The Beatles, Ringo (the actual working-class hero) shrugged and said, “Tomorrow never knows.” And instantly John logged the phrase in, just as he did with Ringo’s earlier wry observation about “a hard day…er, day’s night.” Like any author worth his salt, Lennon captured le mot juste (the best phrase) from his Scouse friend and eventually used it. (As John always said, “When you steal, steal from the best!”)

Furthermore, in the musical web that is “Tomorrow Never Knows,” Ringo’s drumming guided the group expertly through the complicated, interlocking sound. As Willis-Pitts so astutely observes, “Ringo laid it down, and unlike most drummers of the modern era, did not blend with Paul in that symbolic marriage of drummer and bassist…Ringo laid it down for the whole group.”[2] In “Tomorrow Never Knows,” Starr’s sound formed the unshakeable foundation upon which this otherwise unfettered and mystical song was constructed.[3]

Paul – the prim Allerton row house PR man for the group – provided the friendly introductions that propelled John to write the song. In 1966, Paul introduced John to Barry Miles and John Dunbar who ran London’s Indica bookstore. Here, John (initially in search of Nietzsche’s works) was handed a copy of Timothy Leary’s The Psychedelic Experience: A Manual Based on the Tibetan Book of the Dead.[4] Glomming hungrily onto this Cliffs Notes version of the Tibetan Book of the Dead, (Tim Riley refers to it as “a shortcut” to the ancient practice, a “trip guide”[5]) John conceived the idea of writing a musical equivalent to Leary’s work.

Paul’s part as “co-inspirator” for the song isn’t his only role, however, in the life of “Tomorrow Never Knows.” As Riley wisely observes in Tell Me Why, “Ringo and Paul…lay down a feverish groove beneath the chaos as noises, backwards guitars, and birds swoop all around them.”[6] Furthermore, the sixteen tape loops made by The Beatles which fill the song’s entirety were made in Paul’s home on his Grundig recorder. Paul introduced the others to his technique (as Sir George Martin explained it) of “moving the erase head and putting on a loop [so that] he could actually saturate the tape with a single noise. It would go round and round, and eventually the tape couldn’t absorb any more…”[7] McCartney’s technique was adopted by the others; The Beatles were given an assignment to create their own, and voila![8]

Though we are told that the spirited boy from Speke, George Harrison, did not play a large role on this track (other than performing guitar on his loops), “Tomorrow Never Knows” would have been virtually impossible without George. It is George who first dragged his mates into Eastern mysticism. In fact, in The Beatles Anthology, George questioned whether John truly understood the immensity of the lyrics in “Tomorrow Never Knows.” George said, “I am not too sure…John actually fully understood what he was saying. He knew he was onto something when he saw those words and turned them into a song. But to have experienced what the lyrics in that song are actually about? I don’t know if he fully understood it.”[9] And then George went on to explain the song in great detail. The philosophy behind the song was Harrison’s wheelhouse.

Whether or not John grasped the fullness of Leary’s words or the philosophy housed in The Tibetan Book of the Dead, our Woolton upper-middle class intellectual – John Lennon – penned a tribute to both that is accurate, poetic, and moving. With a wisdom that knew what to include and what to leave out, John lifted up the most pertinent points and linked them logically and artistically. From that opening line that initially fascinated him,

“Turn off your mind, relax, and float downstream; this is not dying…”

to the magnificent conclusion of the song, John walked the listener carefully through the process of 1) eliminating all conflicting outside thoughts, 2) focusing solely upon meditation, 3) allowing spiritual healing to occur, and finally, 4) facing death with the certainty of a new beginning, not a sad ending.[10]

Furthermore, without ever allowing the melody to become laborious or monotonous, John created a true Indian song, based upon one unvarying chord. As George Harrison observed, “Indian music doesn’t modulate…you pick what key you’re in, and it stays in that key…[and] “Tomorrow Never Knows” was the first [song] that stayed there; the whole song was on one chord.” Creating a song in this manner and yet making it palatable and memorable for non-Indian listeners was, in itself, a musical coup. Once again, John Lennon proved himself the equal of any songwriter. His work is brilliant.

P. Willis Pitts points out that “[The Beatles’] songs worked, more or less, because each piece was only part of a fragment, part of a whole. Like an exploded diagram of a functional machine, these separate productions were an indication of how Beatles’ songs worked.”[11] No part could function without the other, and it took the amalgam to make a classic.

Nowhere is this more obvious than in the final song on Revolver, “Tomorrow Never Knows.” Working together as The Boys gradually began to face “an ending” which will be “the beginning” for their solo careers, they all created a masterpiece and faced the hard days’ nights to come with a faith that whispered, “In the universe as a whole, all will eventually be well.”

[10] See George Harrison’s brilliant explanation of the song’s lyrics in The Anthology, 210.