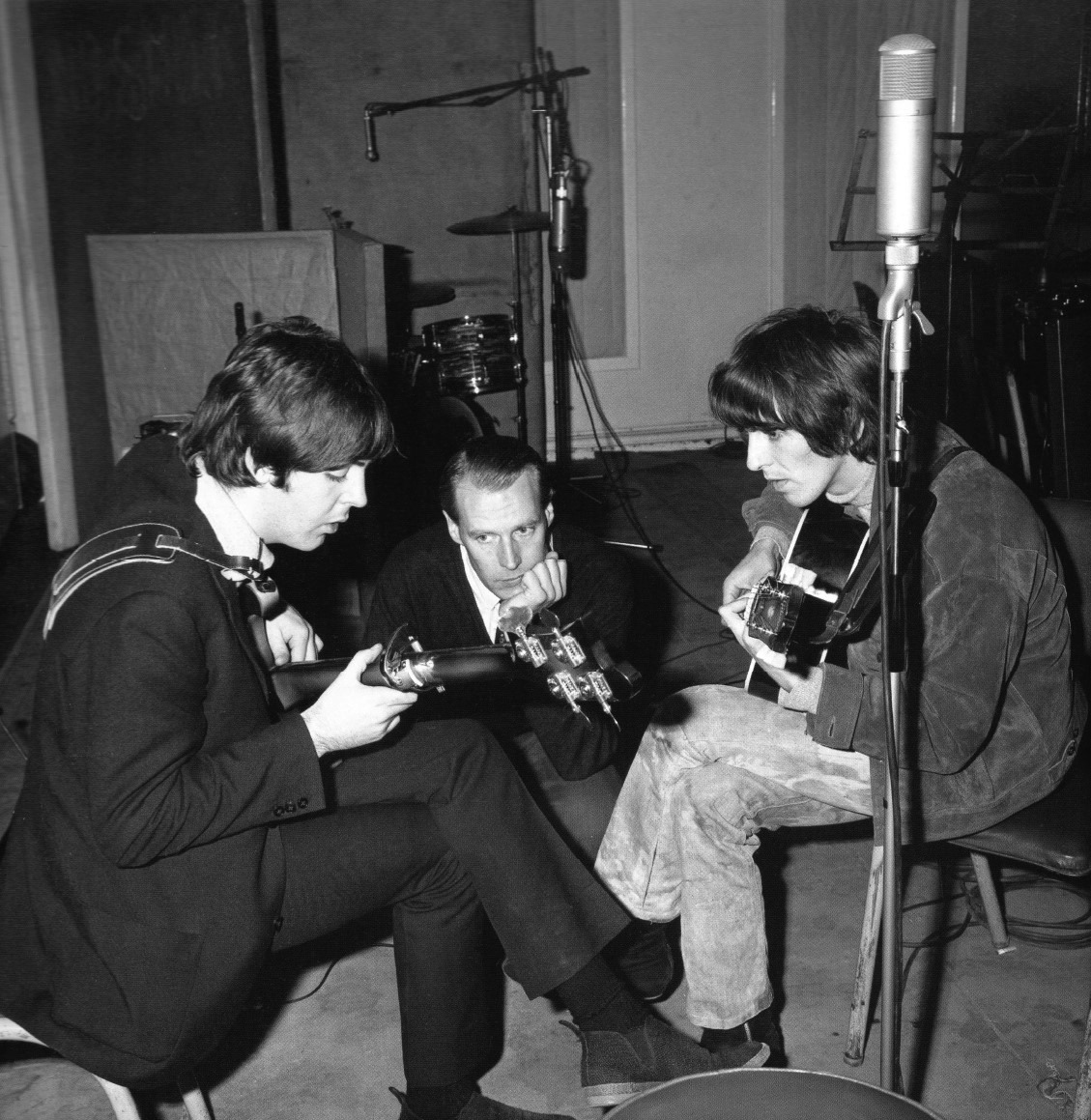 “I’m Looking Through You”… Again!

Last year at this time, we kicked off an in-depth study of The Beatles’ 1965 classic, Rubber Soul, examining what we know about this pivotal LP and then, taking a “Fresh New Look” at many aspects of the album that hitherto have not been considered. We’ve called upon experts in our own Beatles family (such as Kenneth Womack, Bruce Spizer, Tom Frangione, Janet Davis, and many more) to answer in-depth questions about the songs’ lyrics, instrumentation, and public reception. Now, as we move into 2022, the Fest for Beatles Fans blog is thrilled to be able to work with long-time friend of the Fest Scott Freiman. Scott is a noted speaker, the consulting editor for All the Songs: The Story Behind Every Beatles Release, and the creator of Deconstructing The Beatles, and he’s here this month to share insights with us. Scott joins Jude Southerland Kessler, author of The John Lennon Series, for a close examination of Paul McCartney’s “I’m Looking Through You.”

24 October 1965: An acoustic version of the song, employing acoustic and electric guitars, bongos, maraca, wood blocks, organ, and hand claps; in this version, there was no middle eight. The song played out with vocal improvisation, or as John Winn phrases it in Way Beyond Compare, “the song stumble[s] to a halt past the point where it would normally fade.” (p. 368) This was a slower and more “mournful” sounding version of the song. In The Beatles Recording Sessions, Mark Lewisohn comments that this version of the song featured “great, great vocals.” He goes on to say, “To this writer it sounds superb, just as good as the re-remake.” You can hear this version of “I’m Looking Through You” on Anthology 2.

6 November 1965: A second more upbeat version was recorded. This version was closer to the version that was adopted for Rubber Soul. However, Lewisohn tells us that this version was considered by The Beatles to be “perhaps a little too fast and frenetic.” (The Beatles Recording Sessions, 67)

10 November 1965: Once again, the boys attempted to record the song, and this time, all were pleased with the rhythm track, selecting Take 4 as “best.”

11 November 1965: At the end of a 13-hour day, which Lewisohn refers to as “a marathon day” and John C. Winn calls “the penultimate session for Rubber Soul,” The Beatles superimposed the vocals for “I’m Looking Through You” as the very last effort in their heroic and tireless work on the LP. This was the final task on the final day of recording.

John Lennon sings backing vocals. Some sources merely state that John also plays “rhythm guitar.” Other sources do not have him playing guitar at all on this song, but have John manning the tambourine.

George Harrison plays lead guitar on his 1962 Gibson J-169E. Some sources have George playing the tambourine.

Ringo Starr plays one of his Ludwig Oyster Black Pearl Super Classic drum sets, plays either the Hammond organ (as some sources state) or the 1965 Vox Continental 300 Organ (as other sources state). And, as Jerry Hammack tells us in The Beatles Recording Reference Manual, Vol. 2, Ringo also provides “matchbox percussion.” More about that in “What’s Changed.”

Years later, when asked about “I’m Looking Through You,” Paul commented, “This one I remember particularly as being disillusioned over her commitment.” He went on to say, “I was seeing through her façade. And realizing it wasn’t quite all it seemed.” (Margotin and Guesdon, All the Songs, 300) With each lyrical appeal to Jane, Paul became less tolerant. Bill Harry quotes Paul as stating, “I knew I was selfish. It caused a few rows. Jane went off to Bristol to act. I said, ‘OK then, leave, I’ll find someone else.'” (Harry, The Ultimate Beatles Encyclopedia, 324) And certainly, in both “You Won’t See Me” and “I’m Looking Through You,” Paul is drawing a line in the sand and stating quite clearly that Jane must choose either her acting career or her relationship with him…or else.

In earlier Fest Blogs (see “Drive My Car” with Ken Womack), we’ve discussed the fact that The Beatles’ attitude toward women was changing in late 1965. No longer were women considered adored and adorable…and placed upon pedestals as they were in “I Want to Hold Your Hand” or “I Need You.” Many of the females on the Rubber Soul LP are unkind (as in “Girl”), strong and powerful (as in “Norwegian Wood”), hardline, aspiring go-getters (as in “Drive My Car”) or simply non-compliant, as we see in this song. No innocent “moon-June-croon-spoon” love songs these! On Rubber Soul, relationships have become complex and difficult to maneuver.

Recently, we sat down with noted Beatles expert, nationwide lecturer, consultant, and creator of Deconstructing The Beatles, Scott Freiman, to chat about “I’m Looking Through You,” a song Paul does not discuss in Lyrics. Scott is a guru of Beatles music, and this is what he had to say:

Jude Southerland Kessler: Welcome to the Fest for Beatles Fans Blog, Scott. We’re honored to have you with us! You know, as we’ve already discussed, “I’m Looking Through You,” written for Jane Asher, seems to focus on the self-same theme as “You Won’t See Me,” “The Night Before,” “Tell Me What You See,” and “We Can Work It Out.” In fact, that’s why we named this blog, “’I’m Looking Through You’ …Again!” Do you see Paul as becoming more or less hopeful that the relationship can work out successfully, and does he present his case any differently in this November 1965 creation?

Scott Freiman: I think this is one of the most direct songs Paul wrote about where his relationship stood with Jane, and also one of the nastiest. “You don’t look different, but you have changed.” “Love has a nasty habit of disappearing overnight.” “I’m looking through you, and you’re nowhere.” There doesn’t seem to be any effort at reconciliation as in “We Can Work It Out” or “The Night Before.” Together with “You Won’t See Me,” this does not bode well for his relationship with Jane!

Kessler: As you know, our Fest Family loves “Beatles intricacies.” Tell us about the very interesting musical anomalies that you point out to listeners of “I’m Looking Through You” in the book All the Songs: The Story Behind Every Beatles Release.

Freiman: There are a couple of minor mistakes, such as the feedback that occurs around 1:18 (after Paul sings “above me”) and some stray guitar notes around 1:53 (probably from a previous solo that wasn’t completely erased). If you listen closely, you will also hear a few missed handclaps and stray tambourine hits.

However, there is one pretty big difference between the UK and US recordings. There was a false start that began the final version of the song that the folks at Capitol thought was part of the recording. So, the US version of “I’m Looking Through You” begins with the false start, adding an extra six seconds to the song. Not the most exciting six seconds, mind you!

Kessler: You know, to my ear, that “false start” sounds a bit like the intro to The Traveling Wilbury’s “End of the Line.” But that’s neither here nor there.

Scott, please take us through the evolution of “I’m Looking Through You” from the original 24 October version to the final 10-11 November 1965 version that appeared on Rubber Soul.

Freiman: Sure. The first version of the song was recorded on October 24. It took about nine hours. This is the version that is on the Anthology 2 album. It is slower with a different rhythm, and it’s missing the bridge: “Why, tell me why did you not treat me right? / Love has a nasty habit of disappearing overnight.” It also has a classical guitar (played by George), bongos (played by Ringo), and hand clapping. The initial take also included an electric blues jam at the end.

The Beatles began a new version of the song on 6 November, but that version was also not used.

The final version, Take 4, was recorded on 10 November. It featured, as we’ve already noted, Ringo playing a matchbox with his finger! The Beatles added overdubs, including George playing the tambourine and the guitar solo. Yet, the biggest addition was by Ringo. He played two dissonant chords on the organ for a few measures at the end of each verse.

It was 7 AM on the next day, 11 November, when Paul and John overdubbed their vocals, and Paul double-tracked his bass. It was the final recording session for Rubber Soul.

Both mono and stereo versions of the song would be mixed four days later on November 15.

Kessler: And this is really a follow-up question to the one above, Scott. But the genesis of “I’m Looking Through You” reminds me, a bit, of the metamorphosis that John’s ballad “Help!” went through as “Help!” was retooled to be palatable for the film’s opening, title song. Do you prefer the up-tempo version of “I’m Looking Through You” or its original version that we hear on Anthology 2? And why?

Freiman: I think the earlier version is very interesting, but I definitely prefer the version that ended up on Rubber Soul. It’s tighter, more upbeat, and has a better bridge. Plus, I love to hear Ringo slightly out of his element. Only the Beatles would have their drummer play organ and a matchbox!

Well, Scott thank you for taking time to be with us for this new glance at “I’m Looking Through You.” You are an extremely busy writer, consultant, and speaker. We appreciate the gift of your time…and we sooo hope to see you in person April 1-3 for The Fest for Beatles Fans in Jersey City, New Jersey! God willing, we will all be there!

To learn more about Scott Freiman and Deconstructing The Beatles or to book
Scott to speak at your conference or event, HEAD HERE