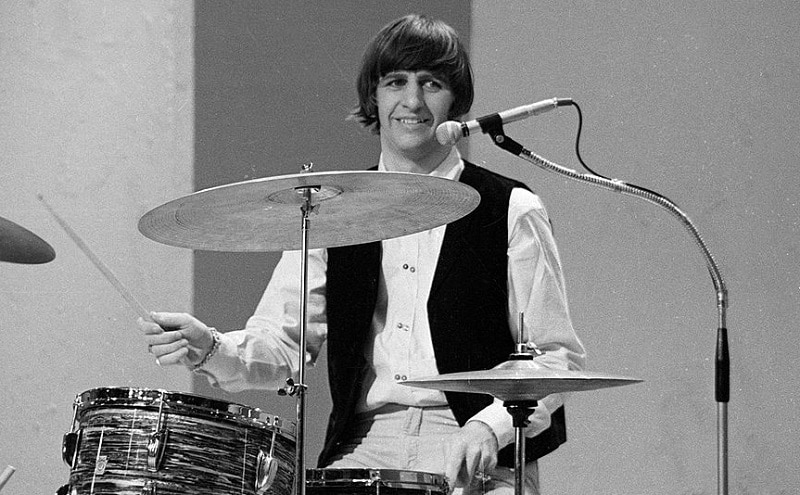 Onward to Side Two of Rubber Soul in our Fest for Beatles Fans track-by-track study of this great 1965 LP! With us this month, to dive deeply into the roots of Side Two’s opening track, is our own Liverpool mate, David Bedford, author of Liddypool: The Birthplace of The Beatles, The Fab One Hundred and Four, Finding the Fifth Beatle, and his latest wonderful contribution to Beatles research, The Country of Liverpool. Dave is also the congenial host of the podcast “Liddypod” and is widely acclaimed for his painstakingly accurate bio-film, “Looking for Lennon.” What a joy to explore this Ringo-manned song with Dave, a true Scouser and Beatles expert!

Date Recorded: 4 November 1965 (although it was written in the Quarrymen days and later played for George Martin on 5 March 1963 as a potential “follow up” to the lads’ Please Please Me LP).

Second Engineers: Ken Scott and Graham Platt (and according to Margotin and Guesdon, Jerry Boys)

Stats: Recorded in only one take. (After their work on “What Goes On,” The Beatles turned their attention to “12 Bar Original.”)

Paul McCartney sang backing vocals and played bass on his 1964 Rickenbacker 4001S (Hammack, 86) or on his Hofner bass (Spizer, 202). When John brought this early song back to life for Rubber Soul, Paul contributed to the lyrics for the middle eight.

***This information is primarily from Jerry Hammack’s excellent work, The Beatles Recording Reference Manual, Vol. 2. However, all other sources have been utilized as well.

This catchy rockabilly number is officially credited, for the first time ever, to three Beatles: John Lennon, Paul McCartney, and (using his real name) Richard Starkey. But who wrote what? Well, Dave Bedford will fill us in on the complete history of “What Goes On” in his “Fresh New Look” segment.

But just as interesting is the story of John Lennon, Collector and Saver of All Things. As a child, during World War II, John had been steeped in frugality. Indeed, the little boy always reminded his Aunt Mimi and Uncle George to dowse the landing night lamp outside his bedroom with the stern words, “Don’t waste the light.” Similarly, Bettie Birdsall, Head Stewardess on the Electra II chartered plane on which The Beatles traveled throughout the 1964 North American Tour, said that John kept spare squares of torn paper in his right coat pocket. He used these scraps for scribbled notes to be used in his upcoming books of poetry and prose, transferring the slips of paper to his left pocket when he had filled them up.

That tendency to use old, found objects plays into the history of “What Goes On.” In his work, The Beatles as Musicians, The Quarry Men to Revolver, Dr. Walter Everett reminds us that “What Goes On” was a very early song of John’s, saved and then completely transformed in 1965 into something new. Everett calls “What Goes On” “Lennon’s answer to ‘Michelle’” since it was a song from years past that John re-energized…brought to life for Rubber Soul. More to come in Dave Bedford’s history of the song below!

At first glimpse, “What Goes On” seems a bit formulaic in its placement on the record. Yes, exactly like “Act Naturally” on Help!, “What Goes On” is a Country and Western track with an upbeat sound and a Ringo vocal. And yes, it is also strategically located as the opening track on Side Two of the LP. But as Tim Riley in Tell Me Why sagely observes, this go-round, The Beatles didn’t fill that opening track with a mere cover. “Instead of dealing Ringo another cover, [The Beatles] challenge[d] themselves into reworking an old standby,” Riley comments, and he points out that in doing this, the boys upped the bar a notch. He says they made “the commitment to original material more explicit.”

In 100 Best Beatles Songs, Spignesi and Lewis remind us that in 1966 “What Goes On” (along with “Nowhere Man,” “If I Needed Someone,” and “Drive My Car”) were restricted from airplay in the U.S. because these four songs had not been included on the Capitol version of Rubber Soul and were slated for release on an upcoming Capitol LP. The Capitol execs felt that early airplay of these tracks would dampen sales of the soon-to-hit-the-American-stands album. Indeed, those four restricted songs didn’t reach American listeners until 20 June 1966, when they were included on Capitol’s Yesterday and Today. Thus, the gap between fans in the UK and fans abroad continued to be heightened by Capitol’s firm control over what could and what could not be heard in the States.

Beatles friend and road manager, Neil Aspinall once stated that Paul McCartney devised a quick and easy way for Ringo to learn “What Goes On,” prior to the 4 November EMI studio session. Aspinall claimed that in McCartney’s home studio, Paul (playing lead guitar, bass, and drums…and singing) recorded a demo of the song for Ringo. He then gave the drummer the pre-recorded tape as a learning device.

Interestingly enough, we are informed by Beatles music expert, Bruce Spizer, that “Ringo listened to the tape and added his own ideas.” (Spizer, The Beatles for Sale on Parlophone Records, 202) It’s interesting to observe that all of The Beatles were maturing and coming into their own. Ringo had his own concept of what worked and didn’t work for him. And by the autumn of 1965, he wasn’t afraid to speak, er, sing up.

It was a joy to sit down with Beatles author, podcaster and filmmaker, David Bedford, whose excellent new book The Country of Liverpool zeroes in on the Country and Western roots of The Fab Four. Here is what Dave had to say about “What Goes On”:

Jude Southerland Kessler: Dave, in your remarkable new book, The Country of Liverpool, you trace The Beatles’ firm connection to Country and Western music, dating back to their earliest days together. Do you hear the Fab Four’s fascination with and connection to country music in “What Goes On”?

Dave Bedford: When you listen to The Beatles’ albums and think about Country songs, you automatically think of either “Act Naturally” or “What Goes On.” They are overtly “Country” and the obvious choices. In the past, I hadn’t thought further than that. When I started working on the research for The Country of Liverpool, my primary reason was to tell the story of Liverpool country legend Phil Brady. I knew that Liverpool had a huge Country and Western scene at the same time as The Beatles and Merseybeat. However, I assumed they were distinct from each other. But then, I came across an early Quarrymen business card which proclaimed: “Rock ‘n’ Roll; Skiffle; Country Western.” I had never noticed that before, and it set me on a path to discover the Country roots of The Beatles.

Then, when I started thinking about Skiffle, I realised that the roots of Skiffle were in Country, especially Bluegrass. Then, I considered the groups that influenced The Beatles: Carl Perkins, Buddy Holly and the Crickets, Elvis, The Everly Brothers, Roy Orbison, and many more; these artists were rooted in Country music. When talking with Rod Davis from The Quarrymen, it was clear that Country music was very much a part of their influences. Michael Hill, John Lennon’s school friend, told me how John was a huge fan of Hank Williams, the father of Country music.

With all of this information, I sat down and listened to The Beatles’ albums again with my Country ears on, and I heard so many more Country influences than I expected. It was all there, and yet, I had never noticed it before.

It is similar to when I was working on my first book, Liddypool: Birthplace of The Beatles, when I realised the Fab Four could not have come from any other city. It had to be Liverpool, and the Country music influences are such an important part of the story of The Beatles, which hadn’t been told before. I understand the musical roots of The Beatles so much better now.

Kessler: “What Goes On” has a very long and interesting history with The Beatles, doesn’t it, Dave? Tell us about its journey from 1963 up to Autumn 1965, when it’s finally selected not only to grace an LP but to be the opener for Side Two of the record.

Bedford: “What Goes On” is one of those songs that was mainly written in those very early days. In the Playboy Interviews, John told David Sheff, “That was an early Lennon written before The Beatles when we were The Quarrymen.” (Sheff, All We Are Saying, 158, Riley, Tell Me Why, 163-164, Everett, The Beatles as Musicians, the Quarry Men through Rubber Soul, 329-330, Spizer, The Beatles for Sale on Parlophone Records, 202, and Harry, The John Lennon Encyclopedia, 971) Now that we understand those early Country influences on The Beatles, it was natural, especially during those early days, that John would be writing a Country song. When The Beatles were looking to contribute songs to their first album in March 1963, John suggested “What Goes On” to George Martin. But the song wasn’t recorded or even finished properly until they brought it out again in 1965 for Rubber Soul.

Kessler: So, we know that John wrote “What Goes On,” but Paul and Ringo played a part in bringing “What Goes On” to life. Tell us a little about that, please.

Bedford: With John bringing the basic structure of the song to the group for Rubber Soul, it still required some work before it could be considered for the album. John recalled that the song needed a middle eight, which was contributed by Paul and Ringo, though Ringo’s contribution maybe wasn’t as considerable as could be thought. Ringo recalled, “I contributed about five words to ‘What Goes On.’” I haven’t done a thing since.” (Miles, Many Years From Now)

It was an unusual combination in Beatles song-writing and created a unique writing credit: Lennon/ McCartney/ Starkey.

The recording of the song is in a very “Country” style, from John’s rhythm to George’s Carl Perkins-esque picking style on his Gretsch Tennessean — very much in the Nashville style.

Kessler: When The Beatles played the Hollywood Bowl in 1964 and 1965, “I Love Ringo” buttons outsold buttons of all the other Beatles combined times four! Ringo was highly favored in America! What steps did both EMI and Capitol take with “What Goes On” to please Ringo fans?

Capitol Records/EMI released it as a B-side to “Nowhere Man” on 15 February 1966, which peaked at #3 on the Billboard pop chart. “What Goes On” was given a chart placement too, even though it only reached #81. However, when they released the single initially, it was only credited to Lennon/McCartney. When it was pointed out that Ringo was also a contributor, Capitol did a second pressing, crediting the song correctly to Lennon/ McCartney/ Starkey, although the record was already disappearing from the charts, making this a very collectible record indeed.

I have a new appreciation for the song, knowing that it evolved from the Country and Western Quarrymen days of 1957, was considered as the follow-up to Please Please Me in 1963, was finished off by Paul and Ringo in 1965, and was given prime position on their ground-breaking album, Rubber Soul. It was even recorded in only one take!