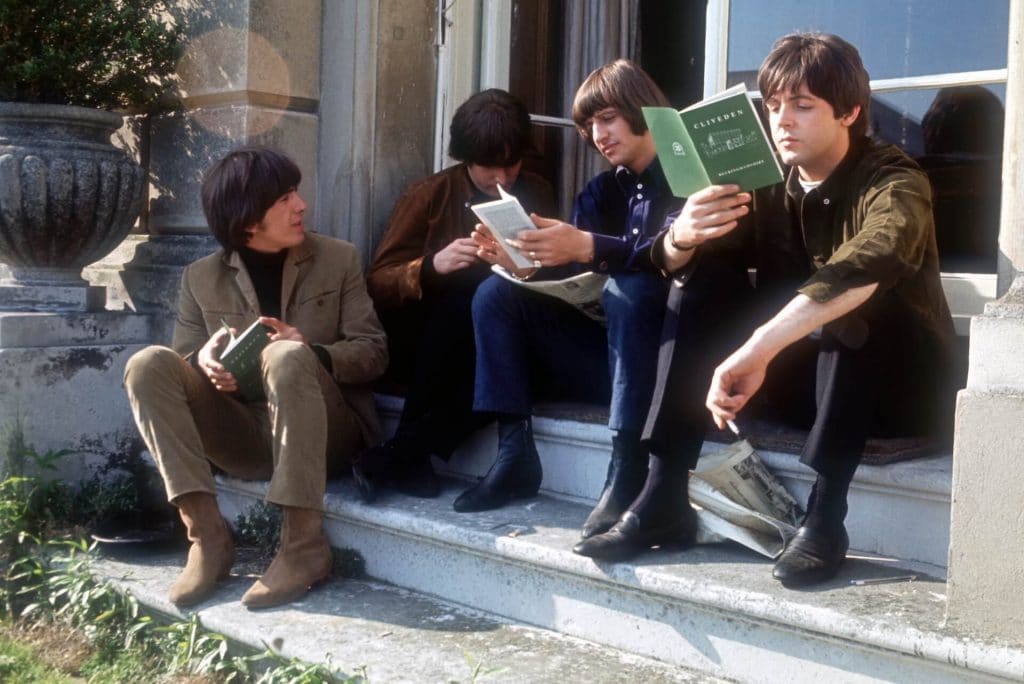 Since January 2021, we’ve been examining The Beatles’ 1965 work of genius, Rubber Soul, taking deep dives into each track. Having concluded Side One, this month we took a short intermission to stand, stretch, and have a bit of fun.

We invited Fest for Beatles Fans poet Terri Whitney — who has written two books of poetry on The Beatles and other rock’n’roll greats — to serve as one of the judges in a POETRY CONTEST in her honor: The Rockin’ Rhymer Poetry Contest.

Thanks to all who submitted poems. They were all wonderful.

Here are the three winning poems…

When Paths lead to home,

Till nothing was left inside,

On a neverending night

Songs, in half written lines

On a long road,

When the world changed

On a road, long

Of healing and growing,

Lines written, half in songs

On a Night, neverending

Inside, nothing was left

A tuned guitar and lost rhymes,

A song came to life

THE LIFE OF JOHNNY (ABRIDGED)

Off to Hamburg, popping Prellies

Muchy fame and girls to boot

Starting Over, not for muchly

Mom gave me her copy of Sgt. Pepper

She bought the record

Sometime in the ’80s

The vinyl was missing, but the cover was still intact

She gave it to me and said, “I have listened to this album since I was your age in fact.”

On the way to elementary school

Mom and I would listen to the 1 CD

It became a daily ritual

Driving down the street

Me singing my heart out in the backseat

We didn’t have real microphones

So we just used our hands, you know

I’m in college about graduate

And we still listen to The Beatles in the car

As soon as the first note starts

We get lost in the lyrics and forget everything else

It’s truly an escape from the chaos this world creates

Sometimes we fight because we care

Because we never want to hurt each other

Or be unfair but

With all the challenges we face

The Beatles have ultimately brought us closer together