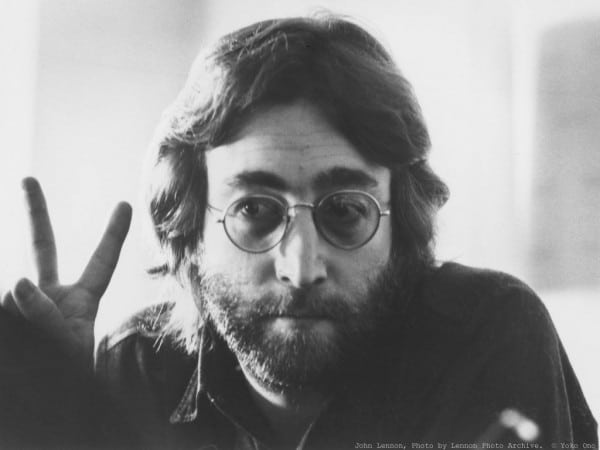 Have you ever really thought about what that means? Ever let it sink it? Why did John Lennon think he needed to urge us to give peace a try, a sample, a chance? Could it be that he was convincing us to consider peace because he knew that we are non-peaceful at heart?

During the Age of Enlightenment (the 18th Century), great thinkers called philosophes spent a great deal of serious time and thought trying to determine whether man was inherently evil or inherently good. In France, René Rousseau wrote an essay asserting that man is born good, but is almost immediately corrupted by the world around him. In England, John Locke wrote an opposing essay asserting that man is born evil (the church calls it “original sin”) but is rescued by laws and by society’s uplifting ethics.

There was no “winner” in this contest of ideas. Some people favored Rousseau. Some favored Locke.

I hold with Locke. I believe that a young child will lie, if given the chance…that he will say cruel things to another child…that he will put himself or herself before anyone else. I think that only parents, teachers, mentors, and extended family can teach that child to be selfless… can convince that child to be kind, tactful, giving, and loving. Many of you will disagree with me. That’s to be expected. People have been arguing this point since the 1700’s without resolution.

Like John Lennon, I believe that we have to learn to give peace a chance.

This past week, the world has revolved in utter chaos. Twelve people were murdered in a Parisian newspaper office for speaking their minds. Hostages were taken by the assailants and murdered. Terror was on our lips. Violence, hatred, and suspicion reigned supreme.

In his famous chants about the divisiveness of “isms” in his song, “Give Peace A Chance,” John seemed to know that peace has little hope in our society. Early on, we take sides. But like that radical young man, Jesus of Nazareth, John urged us to turn the other cheek and to be a neighbor to people unlike ourselves. He reminded us (in “Instant Karma”) that if we fail to do this, “Instant karma is going to get you…gonna knock you right in the head!” Okay, John, we hear you.

But giving peace a chance!? Can that ever really happen? I’m very, very, very skeptical. However, despite all the evidence of its impracticality, I still believe that seeking peace is our ultimate goal.

In so many of his songs (even “Happy Christmas, War is Over”), John reminded us that we are all called to do good things, great things. And if we are called, we must try.

I’m willing to give peace a chance. How about you?

To hear the songs in this blog:

Give Peace a Chance https://www.youtube.com/watch?v=RkZC7sqImaM

Happy Christmas, War is Over  https://www.youtube.com/watch?v=z8Vfp48laS8