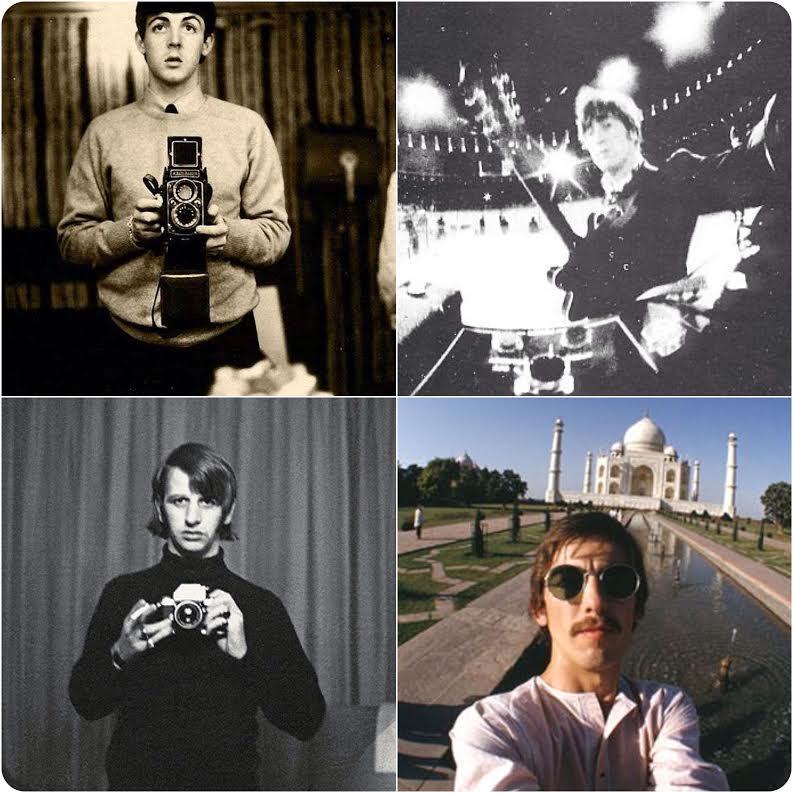 It’s infectious, The Chainsmoker’s narcissistic, beat-jammed song. As I run, I listen to the lyrics and giggle at the girl who’s forlorn over getting only 10 likes for her selfie in the last five minutes, the girl who whiningly wonders, “should I take it down?”

My I-pod is eclectic, and up next are The Beatles, harmonizing in my ears. “She Loves You” is quickly followed by “Hey Jude” and suddenly, I see it! What made The Beatles incredibly timeless was not their selfie-ness, but their selflessness. Instead of focusing on themselves, The Beatles focused on us.

Sure, the boys started out at Square One with songs that asked the girl to “Please Please Me” and to “Love Me Do.” But with a tiny bit of confidence and experience under their belts, John, Paul, George, and Ringo relinquished self-adoration for something bigger.

They began to focus out, not in.

In the years to come, The Fab Four would give us Lovely Rita, Dear Prudence, Mr. Kite (and company), Sgt. Pepper’s Lonely Hearts Club Band, Mean Mr. Mustard, Rocky Raccoon, Maxwell (avec his silver hammer), Bungalow Bill, Julia (a very real girl), Girl (deep breath now!), that nameless lass who was finally, finally leaving home, Michelle, the girl who graciously permits Paul to drive her car, Desmond and Molly, JoJo, Sweet Loretta Martin, Eleanor Rigby and Father McKenzie, the man who blew his mind out in a car, Nowhere Man (closely resembling John Lennon, but not a clear-cut selfie), the girl who doesn’t miss much, athletic Mother Superior, Darling (of Oh!), You Who Never Giveth Me Your Money, Little Girl (who’d better run for her life…if she can), and oh so many more. “The Lads” populated our world with people like us and unlike us. They created a cast of characters with whom we identified, related, or rejected. They spun stories that drew us into other magical worlds.

Through the eyes of these four Liverpool boys, we plunged under the sea to live in a submarine. We tended an octopus’s garden. We rolled up for the Mystery Tour. We were happy just to dance with them. We reluctantly hung our red dress back up in the closet. We discovered what it was like to be dead. We let them take us down to Strawberry Fields. We anguished over lost friends in an eerie L.A. fog, and we raged on the brink of Revolution! We lived lives beyond our tiny rural, suburban, or even urban worlds. We reached out.

John was the only one who really wrote “selfies,” and we were so unaccustomed to hearing these boys speak of themselves that we completely overlooked what John was saying. When he penned, “I’m a loser, and I’m not what I appear to be,” we assumed he was talking about someone else…another “character,” as it were. When he cried for “Help!” we thought it was just a heady theme song. When he said, “I’ve got every reason on earth to be mad, ‘Cause I just lost the only girl I had,” we thought it was a fictional scenario. That’s how infrequently these boys focused on themselves!

The delight of The Beatles lay (and still lies) in their ability to get us to see others, to hear the stories of others, and to care about someone beyond ourselves. Even in his Christmas carol, John is admonishing our selfishness and urging us to see and care for the poor and hungry. Time and again, The Beatles urge us to look beyond the “ME” to the “WE.”

Look, there’s absolutely nothing wrong with a little selfie now and then. It’s a good place to start. After all, you’re asked to love others as you love yourself.