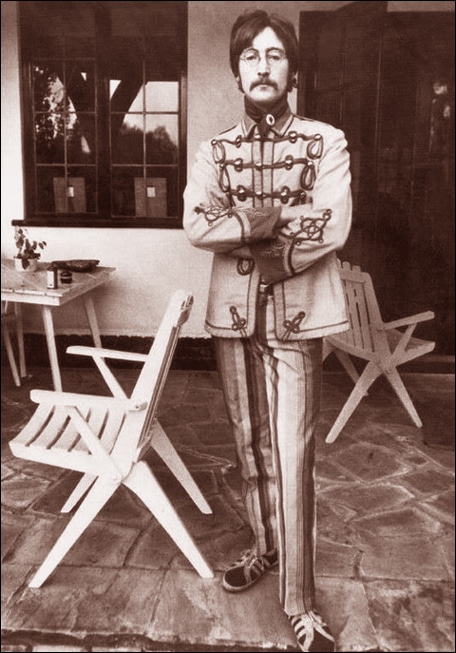 “Living is easy with eyes closed
Misunderstanding all you see,
It’s getting hard to be someone
But it all works out.
It doesn’t matter much to me…”

My sister refuses to watch the news. “I just don’t want to know about it,” she tells me. And on one level, she’s SO right: Life is to be enjoyed! (And yeah, I know… the news is never good.)

Our own John Lennon voiced a similar opinion. “Living is easy with eyes closed,” he sang. And he was right. Life’s so much smoother if you don’t know the details.

But wait!! Was John advocating living that way, or was he pointing out (in typical Lennon satire) how very wrong that kind of attitude is? Wasn’t John asking us to examine our actions just the way he always did in “Instant Karma” or “Happy Christmas (War is Over)” or even in “Revolution”?

The answer to, “Am I my brother’s keeper?” is still a resounding “Yes!”? And especially in this season, we’re reminded that we’re inexorably linked to the poor, the war-torn, the abused and neglected, and the lonely. (“Ah, look at all the lonely people!” Paul penned.)

Watching hours and hours of current events and televised news may not be the happiest habit. And certainly watching it without putting any lifestyle changes into action is fruitless and empty.

But maybe this year, we can OPEN our eyes, take a good look at the world around us, and then do something.

Maybe right now, at this moment, we can decide to make 2015 the year in which we:

Volunteer at a shelter

Write a letter to a congressman

Give (a little or a lot) to a good cause

Drive someone to work or to the grocery store

Clean up the neighborhood

Call someone who is lonely and chat

Buy a ticket to The Fest for someone and give it to them anonymously! (It’ll be the best time they’ve ever had!)

Knit a scarf for someone who works in the cold

Take in a rescue dog or cat

Encourage someone to make his or her dream come true

Stand up for what you believe in

Give sincere compliments…(you know, the things you think but never have the courage to say)

It’s 2015, people! This year, let’s take a peek. Let’s open our eyes. Let’s understand what we see, and then do something about it! Let’s make the world less “a lonely branch” and more a “Strawberry Field.”