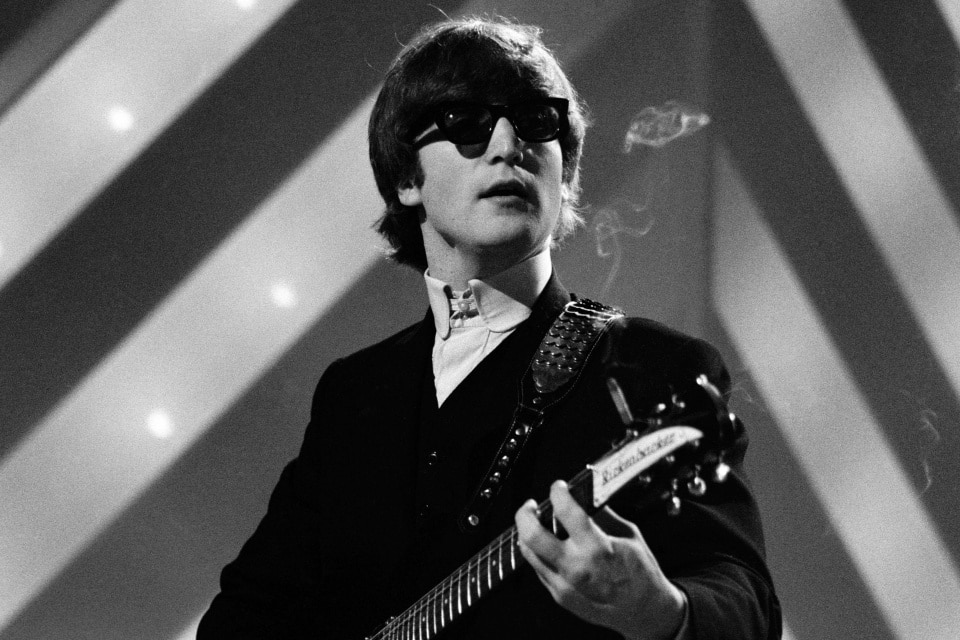 All around me in these last few days leading up to John Lennon’s 75th Birthday, there’s rush, rush, rush! I’ve ordered the largest sheet cake that the local bakery makes…and I’m writing my toast for our 36th Annual John Lennon Bash here in Monroe, LA at Enoch’s Irish Pub. I’ve purchased banners, balloons, tablecloths, and decorations…and the gig is ON!

The celebration, you see, is a major tradition around these parts. In fact, ours is the longest-running Lennon party in America, twice recognized by Yoko. It’s quite the fête! We’ll have Jameson toasts, live music, Facetimed well-wishes, and the singing of the birthday song, world-wide, at 9 p.m.

Enoch Doyle Jeter, long time owner of the pub where John’s bash is always held (though these days the bar is owned by his son, John…named for Our John Himself), has only one rule about the Lennon party: No crying in your beer! The first person who even hints at something maudlin is ejected, bodily. Doyle demands many happy returns of the day. Nothing less.

So Doyle would shudder over people who like to speculate on the 9th of October, “What would John’ve been like, if he were alive today? What would he be doing, thinking, saying, writing?” And honestly, to quote The Beach Boys, “God only knows.”

John was John…as variable as Liverpool’s climate: a bright copper vane spinning in the capricious Mersey winds. He was hot and cold, rain then shine…a tornado when least expected. And to answer a hypothetical question about his imagined future is to delve into the realm of fan fiction, anyway. Time is better spent – I think – remembering. (Don’t worry, Doyle…I’ll remember happily!)
To me, the correct question is, “What was John really like when he was here?”

John was an artist. His adroit single-line sketches were observant, wry…funny. At times, they were biting. Had he not been one of the most talented musicians of the Twentieth Century, he would have been one of its greatest artists.

John was a satirist. Like “The Wicked Wasp of Twickenham,” Alexander Pope, John could turn a phrase. In His Own Write and Spaniard in the Works were not only best sellers, they won literary awards and the applause of critics. John was a gifted writer. That could have been his medium.

John was a peace activist. Few people would give up their honeymoon to make a political statement or shave their heads or sit in a bag or “become a clown for peace” (as John put it). John Lennon dared to speak out boldly. He dared to sacrifice his sex appeal for the peace appeal made by that gaunt young man in the round glasses. In the ’70s, John was New York’s Gandhi.

John was kind. Yes, it’s true. Ask young Helen Shapiro whom he befriended and protected on her tour bus. The same story is told by his Liverpool College of Art classmates, Phyllis McKenzie and Helen Anderson. And when Paul and George were itching to ditch Pete for Ringo, John lobbied to protect his friend. Inside his very tough exterior, there was another John. A kinder, gentler John…as it were.

John was interesting. I’ve interviewed hundreds of people who knew John. And the phrase that I hear most often is this, “I really liked Ringo and George and got on well with Paul, but the one person I was closest to was John.” It’s repeated almost word-for-word by the likes of Tony Barrow (after a rocky start), Larry Kane, Ray Coleman, and Ivor Davis. John respected interesting, smart people. He got on well with them. He could converse on many topics and be quite affable. John was fun to be around…well, most of the time.

John was an avid reader. Newspapers, he devoured. Books, he poured over constantly. He was always happy if he had a book or pen and paper. John loved words and wordplay. He loved literature.

John loved dressing outlandishly. Liverpool College of Art life model, June Furlong, once ridiculed him for wearing a purple mohair sweater. And, we all know that he brought elaborate cowboy boots home from Hamburg. John was always outside the box, long before he donned the pocketless suits that Brian Epstein adapted from Astrid’s design. John was fashion-forward.

John was an actor. At Liverpool College of Art, he starred as an ugly stepsister in his own production of “Cinderella.” And Beatles pantomimes were his cup of tea. Most of all, John acted happy as he endured the rigors and terrors of Beatlemania. By the time John assumed those roles in “A Hard Day’s Night,” “Help,” and “How I Won the War,” he was a seasoned professional. Richard Lester said that of all the Beatles, John was the only one with real acting talent. Indeed, he permitted John to improvise lines at will. John had that knack.

Poet, gifted rock’n’roll singer, composer, guitarist, pianist, lyricist, innovator…John Lennon was unique. Despite the “slings and arrows of outrageous fortune” that left him motherless, (and to some extent fatherless), John fought on. He never crumpled under the barrage of tragedy that assaulted him. Instead, his response to his life’s losses was “hold your head up; put one foot in front of another; move on.”

More than anything else, John was a fighter. And what I’ll remember about him this week as I light those birthday candles at Enoch’s is his courage and determination. John had “every reason on earth to be mad,” to give up and do nothing with his life. Instead, he turned his pain into the soundtrack of our lives.

That’s what I’ll remember. How about you?

2 thoughts on “You say it’s his birthday?”