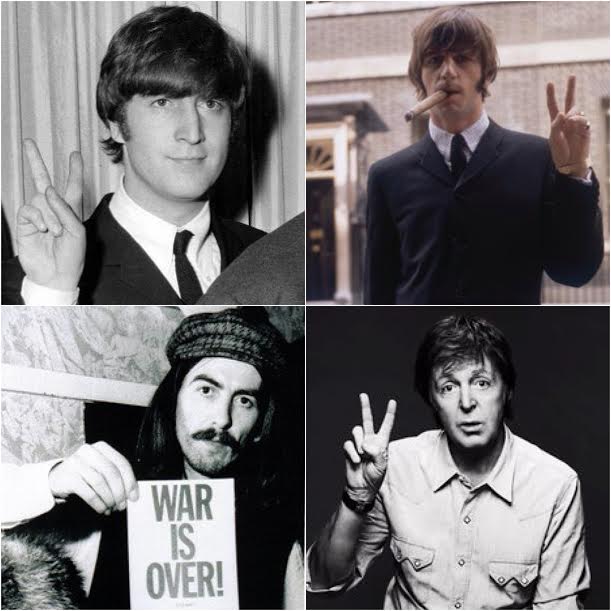 My 95-year-old father is a mixer…a king mixer who makes Paul’s grandfather look tame! Time after time, he rings me up, speaking from the heart about how lonely he is, and how very ill he feels. And I? I consequently spend sleepless nights trying to conjure up remedies to his many problems. Ah, but then the world-class mixer phones my sister, Lisa, and with her, he’s upbeat, healthy, alert – and generally fine and dandy! Well, you can just imagine the serious conflict this scenario has caused.

Over the last year, I’ve been as adamant about my father needing extra care and immediate medical treatment as my sister has been about him being, for the most part, safe and sound. Given the information we’ve been provided, our opinions have been strong but 180 degrees apart.

Over Thanksgiving weekend, I gave this miserable state of affairs a lot of thought, and it dawned on me that my sister and I have experienced a microcosm of what is going on all over the world. Both of us care. Both of us want to do the right thing. But we are seeing two completely different sides of the same story.

In my last few blogs I’ve considered the political climate at home and the tragic events shaking the world overseas. These are sleepless times indeed. People who are concerned, people who truly “give a damn” – based on the information they’re given via their sociopolitical environment, their religion, state, family, friends, relatives, and news sources – have developed deeply-rooted, strong opinions about what needs to be done to heal our world — to make things right.

Each group honestly believes it is correct. Furthermore, each faction believes that what they say and do now will matter for generations to come. So they react passionately on the zeal of their convictions. They speak up. They step out boldly because they want to make a difference! Unfortunately, some are stepping on others in the process and acting as if that is justified and fair game.

When I was a little girl there was an old adage by which people lived: “No politics or religion in polite conversation!” These two subjects were private matters never to be discussed. They were matters that could turn friends into enemies, and so they were held sacrosanct, taboo for banter over a cold brew. But today (while the apathetic among us meander along unfazed), convicted people with fervent opinions face off on the bloody battleground that is social media. And yes, it is a battleground: subtle, but real nonetheless.

We are all horrified when gunmen barge into concerts, sports arenas, theaters, and businesses and open fire. We weep with the fallen and their families. Their loss is real and visual and devastating. But each day, without thinking, we post angry, hostile, vitriolic words on various internet sites without realizing that these words, too, (born from the best intentions and strongest beliefs) are weapons…deeply minimizing, wounding, and scarring the very people we love.

We participate in our own form of domestic terrorism as we jab, snarl, thrust, smear, and belittle others – as we demean those who are supposed to be our brothers and sisters. We glare at them and caution them, a la Paul McCartney:

Try to see it my way…
Do I have to keep on talking
Till I can’t go on?

If people can’t see it our way, well then, we give them fair warning…we may just quit loving them altogether! After all, don’t they deserve it?! I mean, isn’t the difference of opinion their problem? Aren’t they the ones at fault?

Think of what you’re saying!
You can get it wrong
And still you think that it’s all right!

We hold up a mirror so that they can see themselves better. “See what you’re doing!” we self-righteously smirk. “See how far you’ve missed the mark?!” And the mutual frustration grows and grows and grows.

Over Thanksgiving, I finally realized that my father has no intention of ever telling my sister the same miserable tale of woe that he tells me. He has no intention of providing equal information to both parties. It is, in the end, up to my sister and I to locate one patch of common ground from which we can both act. It is up to us to find a tiny place to stand together.

And voila! There it is! That’s the challenge for all of us, isn’t it? Just as my sister and I must struggle to find common ground amidst the muck of incongruous information, so our world must struggle to “Come Together.”

It’s our task not to spend hours on Facebook pointing out differences, faults, and shortcomings in others. Instead it’s our mission to spend some time each day trying to find a way to establish peace. If we sincerely want to vanquish hate, then we will have to make the active choice to cooperate and get along. John Lennon reminded us all that:

Life is very short
And there’s no time
For fussing and fighting my friend!

But “work,” my Beatles friends, is the operative word. And y’know, it don’t come easy.