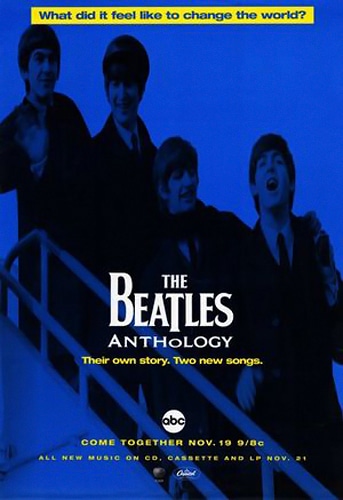 November 19, 1995: It was 20 years ago that the first installment of The Beatles Anthology first aired on a Sunday night on ABC.

Over 47 million people watched and at the end of the show was the world premiere of the first new Beatles song in 25 years — Free As A Bird. We got to HEAR and SEE it for the first time.

The next day, most radio stations around the country were playing the new song. Capitol Records wanted to take no chances of a leak, so they did something unprecedented in the industry. They changed the release date of the album to Monday, Nov. 20th (NOT the usual Tuesday). To make that happen, at their own expense, Capitol then FEDEXED all shipments on the Saturday so that no store would receive it until Monday. It ended up selling over 3.5 Million copies.