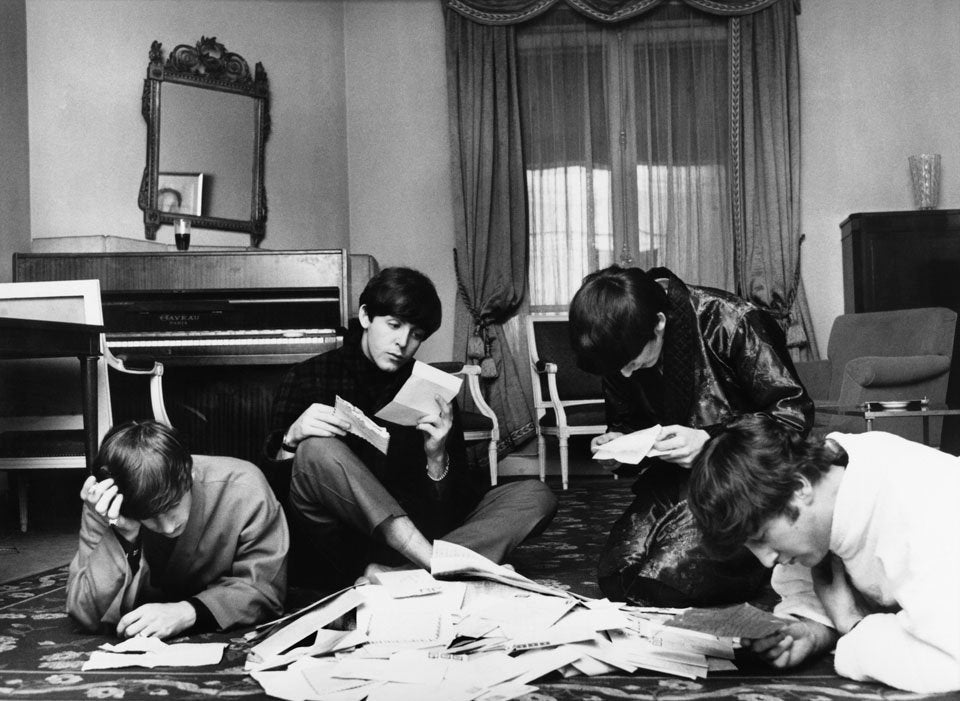 Since January 2021, we’ve been examining The Beatles’ 1965 work of genius, Rubber Soul, taking deep dives into each track. Having concluded Side One, this month we’re taking a short intermission to stand, stretch, and have a bit of fun.

We’ve invited Fest for Beatles Fans poet Terri Whitney — who has written two books of poetry on The Beatles and other rock’n’roll greats — to create a poem for us all about Rubber Soul. And we’ve also asked her to serve as one of the judges in a POETRY CONTEST in her honor: The Rockin’ Rhymer Poetry Contest. More about that in a minute…but first, meet Terri!

Hello everyone, my name is Terri Whitney! I’m from a small town outside of Grand Rapids, Michigan. I graduated from Belding High School in 1972 and have been a part of many Beatles events over the years including the Chicago Fest for Beatles Fans (since 2016). For five years, I also appeared at Beatles at the Ridge in Walnut Ridge, Arkansas, where I was the Poet Laureate!

Currently, I’m the owner of “The Rockin Rhymer,” and I’m retired. I’ve always had two strong passions starting from an incredibly early age, and I was fortunate to have parents who encouraged both: my love for The Beatles’ music and secondly, writing poems.

A few years ago, I decided to take these two passions and put them together. With encouragement from both family and friends, I decided to write the books Any Rhyme At All and later, Music Legends In The Heavens. I have enjoyed doing both books, plus other poems, and I feel fortunate to share my dreams and passions with all of you!

I’m thrilled to be a judge in the Fest for Beatles Fans “Rockin’ Rhymer” Poetry Contest. Hope you all will join in and have fun. Here are the ground rules:

In 1965, the album Rubber Soul was released in December,

All the songs are a collaboration of different musical styles,

Each song emotionally can take you from tears to smiles.

They gave us a great compilation of rock, folk and soul

An influential album that made you wonder, was that their goal?

They gave us a different sound, over which there were some debates

Yet it topped the charts in both the UK and the United States.

All the songs in this album were such a perfect fit

As the music seemed to have more of an artistic balance to it,

It seems the band did deliver more of a mature sound

And, like me at the time, they too were grown-up bound.

“Rubber Soul” deserves no less rating than a five star

With songs like “Run For Your Life” to “Drive My Car.”

Are the lyrics they wrote about the memories that they share?

If so, they gave us great words and did it with flare!

My birthday present in January, I listened to it from the start,

That is when the Rubber Soul album found its way to my heart.

Of all The Beatles’ albums, I would agree that it’s one of their best.

Terri Whitney, The Rockin’ Rhymer, in 1965 when she first heard Rubber Soul! 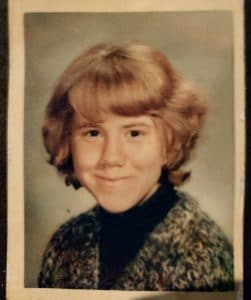 Okay, Fest family, are you inspired? Let’s get started penning those tributes to “Michelle” or “Norwegian Wood” or to The Beatles in general!!!! Get the creative juices flowing and send us your poems! Great prizes and good fun await. Thanks to Terri Whitney for reminding us how fun poetry can be, especially when it’s about a topic you cherish.