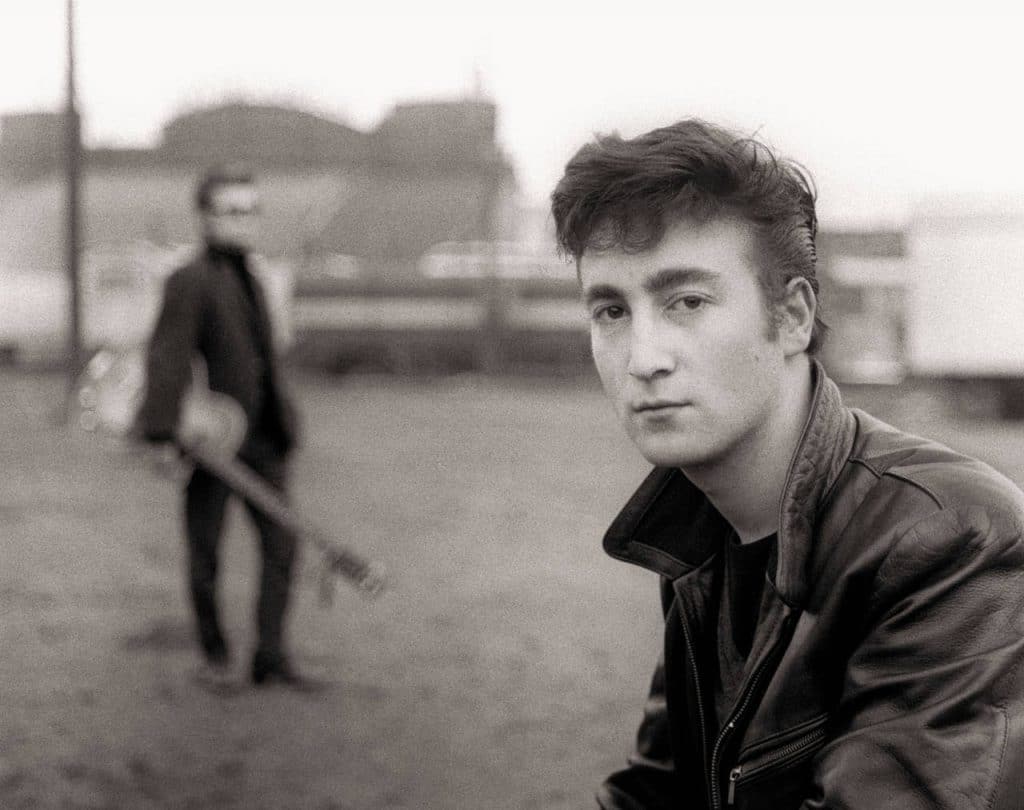 I’ve just been listening to “Now and Then,” the haunting John Lennon song which was enhanced by the other Beatles and ultimately scrapped during the Anthology sessions. And as I listen to the lonely, dark lyrics and solemn sound, I keep whispering to John, “Be present, be present.”

John was so rarely present. In his Spector-ized Rock’n’Roll LP and in the fan-produced version of “Now and Then,” (LISTEN HERE) he’s so far away, removed, absent from the moment. It was his way. He constantly distanced himself from his true sound, his true self, his true feelings.

After the loss of his mother, Julia, the second time — when death took her in July of 1959 — John “hid his love away” and withdrew. For days, he was physically cloistered in his Mendips room, refusing even to eat. And when at last he emerged, John was no longer the incorrigible little boy who had pulled faces at Mimi and Ge’rge and pretended to be “The Famous Eccles.” He was a bitter and cynical teen with “a chip on his shoulder…bigger than his feet.” The new John was a stranger, even to himself.

In the years that followed, he rarely let “the former John” shine through. He protected himself in a thick, snarking, leather-jacketed armor that shielded his feelings, protected his wounds, and separated him from anyone or anything that could “get at him.” Cynical, angry, tough, and guarded, John employed every screen that would defend. He adopted a persona that kept people at arm’s distance. John Winston Lennon was not present.

Double-tracking his voice to the point of sounding as if he’s in another room, stepping farther and farther away from the microphone and vanishing into a sound box far across the hall, John slipped into a seclusion that eventually led to “house husband,” to towered genius, to recluse. He was present only to the few that he trusted. And even then…he watched his back.

That hurt never turned into acceptance. That wound never healed.

John was quick to tell Astrid after Stu’s death that she had a choice to make. She could die with Stu or go on living. It was her choice, John said. But strangely enough, John had already made the choice to bury himself with Julia and to become a different soul: a soul bound in invisible armor.

Are you that soul? Am I? Are we so far removed that our voice comes drifting in from another room? Are we so shielded from the many who’ve wounded us that we no longer let anyone love us, really? Are we so scared that we anticipate being abandoned and stave off the pain before it can even begin? Do we wound others before they can wound us? Do we fear being present?

Now and then…I do.

I wonder what John would do if he had the chance to do it all over again. I wonder: Would he love more, embrace more, relish more, enjoy more, open up more, feel more, surrender more? Or would he say that being absent was just the ticket?

I lean closer to the computer speakers. I strain. I listen to his haunting, distant sound. And then, I reflect, now and then. I wonder.

You can listen to John’s demo of “Now and Then” HERE.