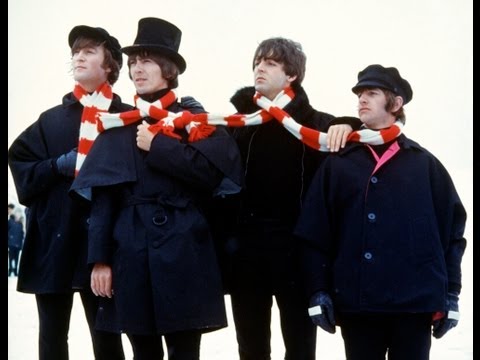 If you haven’t watched “Outlander,” you should.

This science fiction/romance TV series is addictive — perhaps because, unlike many programs, it is both uplifting and inspiring. This isn’t to say that there aren’t complications, hitches, and plot lines that make each episode’s ending nail-biting…but overall, the story is one of a life’s devotion.

The series theme song, “The Skye Boat Song,” is a lovely and haunting adaptation of an old Scottish ballad about “bonnie Prince Charlie,” but the words have been altered to tell the tale of the show’s female protagonist, Claire Randall. And as I was listening to it a few nights ago, I was touched by one line that described this beautiful and bold healer as “merry of soul.” What an incredible tribute to be thought of as “merry of soul”! I know a few people who fit that bill.

One (perhaps) fictional figure who certainly matches that description is the quite seasonal Santa Claus. With his hearty “ho, ho, ho’s” and his year-in-year-out dedication to giving gifts to one and all, he is described as having “dimples [so] merry.” And ah, that magnificent smile of his! It makes me grin, just imagining it.

The Beatles, too — well, The Beatles of 1958-1964 — were also “merry of soul.” With their mickey-taking and inside jokes, silly walks and dances, sly innuendos and double entendres, and their enjoyment in making music, they drew us, unashamedly, to them. They were utterly joyous.

I think of them insisting, over Brian’s reluctance, that they make a 1964 holiday record for their fans. I think of them singing that nonsensical “Good King Wenceslas” and then, stepping up to the microphone to read their personal Christmas greetings. Merry! So many scenes from those early years were exactly that! You can’t watch The Beatles on the Feb. 1964 Washington, D.C. stage-in-the-round without absorbing their sheer delight! You can’t hear them on Live at the BBC, Vol. 1 without feeling their pleasure in being exactly who they are.

Right now, I’m working away on Vol. 5 in The John Lennon Series, where 1965 begins to take its toll. The book will be entitled Shades of Life because by this point in their career, John, Paul, George, and Ringo had begun to feel the tug and pull of Beatlemania — the grind of making a yearly film, doing two annual LPs, going out on a second World Tour, enduring yet another North American Tour, and grinding out one more U.K. tour while also giving interviews, doing television specials, starring on radio shows, and living complicated private lives. The unrelenting schedule was stripping these young men of vibrance and colour. The boys were becoming grey automatons — working incessantly, without a bit of bright.

I can empathize. I bet you can as well. Life is taxing. Having moved 32 times in the last 42 years, and facing yet another move this year, I am tired. Spending most of my time doing things I have to do rather than things that I want to do (such as write) and dealing with an auto-immune disease that complicates what I eat, drink and do, I’m frustrated.

Struggling to “right myself” after several rather significant lifestyle gut-punches, I’m cynical. It’s been a long time since I’ve been “merry of soul.” “Weary of soul” is more apt. Maybe you feel that way, too.

But tonight, as I walked in the just-before-Thanksgiving night air and watched twinkling Christmas lights going up in our neighborhood, saw huge campers being readied for “to Grandmother’s house we go” road trips, and heard the laughter of visiting children romping through front yards, I reminded myself that “Outlander”’s Claire had every reason to be “weary of soul”…and yet, she wasn’t. Like a person unjustly incarcerated for years, she missed out on so much that she could never recapture and enjoy, but instead of focusing on what she’d lost, she focused on what she still had to enjoy.

The Beatles were like that. Certainly, in the post-1966 era, they experienced argumentative and unhappy moments. But Beatles Guru, Mark Lewisohn, reminded us last year at the Monmouth University White Album Conference that the White Album wasn’t entirely written under an umber cloud, that the boys were still friends in Rishikesh, at George’s home in Esher, and in the studio days ahead. Even the fractious moments we see on “Let It Be” were only part of a larger puzzle — with intricate pieces of camaraderie, dissention, happiness, and agitation snapping together congruously to form a whole. There were still plenty of times, Lewisohn reminded us, where merriment had its home in the hands of The Beatles.

After all, when one stands back and summarizes the Fab Four’s career, what does one find? Love. Love, love, love! Innocent love in “I’m Happy Just To Dance With You,” “Do You Want to Know A Secret,” and “Love Me Do.” Romantic love in “Something,” “Here There and Everywhere,” “Please Please Me,” “Eight Days A Week,” and “This Boy.” Love denied in “For No One,” “Girl,” “Not a Second Time,” “Yes, It Is,” and “I’ll Follow the Sun.” Sexual love in “When I Get Home,” “I Wanna Be Your Man,” and “I Want You.” The love of friends in “In My Life,” “With A Little Help From My Friends,” and “Yellow Submarine.” The heartbreak of love in “If I Fell” and “Yesterday.” There’s even a tongue-in-cheek fondness for the Queen in “Her Majesty.” You can think of a hundred other examples. Because for The Beatles, it all boils down to love…in the end.

Perhaps “Outlander”’s popularity can be explained by the fact that in this angry and argumentative world of blame and shame, we yearn for a place where love truly is “all you need.” And perhaps The Beatles surpassed all other bands in history, in part, because no matter what, they lived out their greatest mantra: “And in the end, the love you take is equal to the love you make.”

In moments of wonder and moments of despair, one thing remained: they were merry of soul.