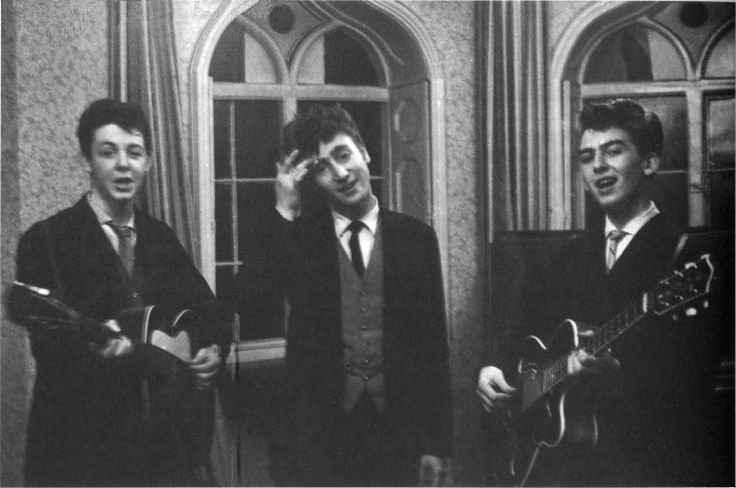 It was an icy Liverpool winter, 1957, and seventeen-year-old John Lennon sat on his narrow bed just above the Mendips glassed-in porch, strumming his guitar and singing quietly to himself, lest Aunt Mimi hear. He was dreaming…dreaming of Someday…dreaming of becoming “bigger ’n Elvis.” That lazy afternoon, he was dreaming of achieving what he always referred to as “the toppermost of the poppermost.”

But NEVER…never in his wildest dreams did he ever imagine that 60 years later there would be Beatles authors, artists, reporters, bloggers, publicists, DJ’s with weekly Beatles radio shows, Las Vegas musicals, Broadway shows, websites, television specials, and a Fest for Beatles Fans. He never dreamed he was about to create a Beatles World.

Now, don’t get me wrong, John didn’t do it alone. He didn’t do it without the extraordinary genius of Paul McCartney, the talent and wry humor of George Harrison, and the grounded backbeat (both musically and spiritually) of Ringo Starr. And they didn’t do it without the ideas and concepts taught to him by Allan Williams (“Mach Shau, lads!”), Stu Sutcliffe (“Be an artiste, John, not just a rocker!”), Brian Epstein (“Dress appropriately; finish each song; don’t swear at the audience; stick to the playlist; bow after each number”.) and George Martin, whose creative magnificence helped to mold the music.

They didn’t do it without the input of so-called “Minor Players” (who were also giants in their own way): Neil Aspinall, Tony Barrow, Mal Evans, Beryl Adams, Pete Shotton, Bob Wooler, Tony Bramwell, Alistair Taylor…and oh yes, a slender lovely Irish girl who gave her time and talent to run the Beatles Fan Club, Freda Kelly. He didn’t do it without ghost writers, photographers, and reporters who told the story to you and me: Bill Harry, Ray Coleman, Hunter Davies, Maureen Cleave, Michael Braun, Larry Kane, Derek Taylor, Dezo Hoffman, Robert Freeman, or Ivor Davis.

Together an entire host of smart, determined, cutting-edge men and women worked shoulder-to-shoulder to create a phenomenon:

It took an entourage – a retinue – to make this dream come true.

Right now, you’re shouting out a name I didn’t mention – someone whose role in the chain of events you especially relate to. Maybe it’s Ken Townsend or Pete Best or Chris O’Dell or Billy Preston or Eric Clapton or…well, you know who it is. And the truth is, they’re all important. They all contributed a sliver to the stained glass mosaic that was beautifully necessary for the whole. Removing one scarlet slice or one cerulean circle would have changed the entire picture. Altered it forever.

“But of all these friends and lovers

There is no one

That’s right…dead in the center of the complex pattern of triangles, crescents, swirls, and ovals rests the most necessary piece of all: YOU.

In case you haven’t noticed, we don’t host a “Fest for The Beatles.” Ours is a “Fest for Beatles FANS.” Because all along, we’ve realized it: this dream-come-true is all about you. On April 15-17 in Westchester, we will celebrate your crucial role in The Beatles’ success. We’ll smile and raise a glass to your unswerving belief in the lads, your lifelong support. We will fête you with songs, laughter, entertainment, dances – a bit of well-deserved frolic! Because 60 years ago, John Lennon sat in his bedroom and dreamed, and thanks to you, his quiet, whispered vision blossomed into an awesome reality.

April 15-17 is your time! It is a weekend set apart to celebrate you, the beloved Beatles Fans. A party is being given in your honor, and “a splendid time is guaranteed for all.” Come to the Fest! You are our special guest.