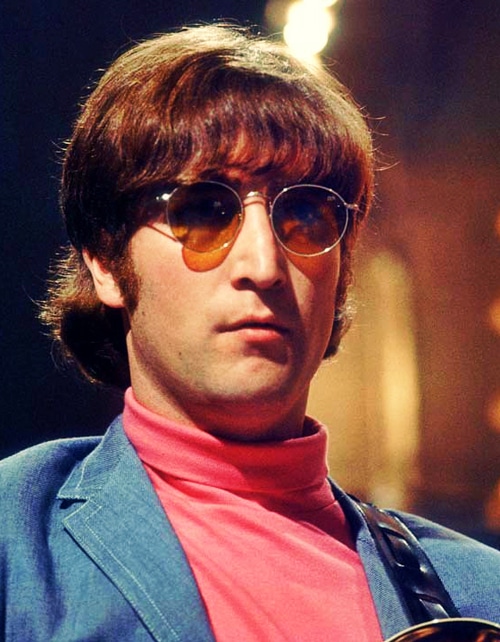 John Lennon was the master of understatement. In a few, simple words, he could summarize a powerful idea, minimizing the emotion behind it. (To wit, “All we are saying is ‘Give peace a chance.'”) He could present a great concept unobtrusively, giving it a chance to be mulled over and accepted.

And that is exactly what John is doing in “She Said, She Said,” the compelling closer song to Side One of Revolver.

Possibly no one who ever lived better understood “what it’s like to be dead” and “what it is to be sad.” At age 4½, his parents bitterly wrangled over which of them was to have custody of John. Fred Lennon wanted to take his son away to New Zealand to live with him, and Julia Lennon wanted her son to be reared in Liverpool.

Whether Fred and Julia put the boy in between them and made him choose one or the other (the traditional point of view, and the version John always recited) or whether Fred and Julia came to an amicable agreement about John’s care (as Fred’s friend, Billy Hall told Mark Lewisohn…though admittedly, Hall was not actually in the room when this discussion took place), the fact of the matter is, Fred exited John’s life. And Julia – for extremely complicated reasons of her own – did return John to Liverpool but dropped the boy that afternoon at her sister Mimi’s house, where John was to live permanently. And, Julia reluctantly walked away to live a life of her own.

Over the next few years, as John struggled to adapt (and was – no wonder! – expelled for misbehavior from Mosspits Infant’s School), he thought quite a bit about his vanished parents. Fred’s frequent letters to his son were destroyed by Mimi, who claimed (and perhaps truly believed) that she was creating stability for the child.

Therefore, John – in essence – thought his father was, at first, angry with him. And then later, missing in action. And finally, perhaps dead. Even though John reveled in the love that his wonderful Uncle George provided – clung to that love like a life raft – the boy still longed for his father. And with each silent, passing year, John understood better and better what it was like to be dead. What it was to be sad.

Similarly, John’s mother, Julia, – though living only a couple of miles away, in Spring Wood – honored Mimi’s request to minimize intervention into John’s life. Julia was rarely seen, and even when she was, the reunion was brief. But it was enough for John. As Fred’s memory slowly faded, Julia’s did not. He ached for his mother. And John tried everything he could think of (good behavior, bad behavior, wit, talent, and imagination) to reach her…to no avail.

The only constants in John’s young life were his decorous Aunt Mimi and his beloved Uncle “Ge’rge.” But the summer before John turned 15 years old – when he most needed a male role model and a best mate – kind, funny, gentle Uncle George was taken from him forever. And, as John roared and flailed in the throes of unstoppable hysteria, he knew once again what it was like to be dead…what it was to be sad.

You probably know the rest of the story: how Julia returned at this crucial moment in her son’s life and offered herself as his best friend (not his mum, of course…he already had a mother in Mimi). Julia became his constant companion and John, her shadow. She encouraged the teenager to “sag off school” and bike to her house for ginger beer, sweet cakes, and rock’n’roll. She taught her son to play guitar; she spun her Buddy Holly and Elvis records for him. She gave him the gift of extemporaneous laughter. And in the magic of the moment, Julia whispered to the boy that he had “music in bones.” She said, she said that he was destined to form a band – to see his name in lights, to shine on. And for a time, all was well.

But on 15 July 1958, Julia was hit by a drunk off-duty policeman and killed. And in that instant, John changed. He had lost his father, his uncle, and now his mother – twice. And now, in a deep, violet darkness of the soul, John came to understand intimately what it was like to be dead…what it was to be sad.

That, of course, explains August of 1960: The Beatles, happily en route to Hamburg, stop at the Arnhem War Memorial for a snack and a smoke. Manager Allan Williams urges all of the boys out of the minibus for a roadside picnic and photograph. But John will not exit. He refuses to “muck about” in a graveyard…to smile and chit-chat in the presence of death. And so, alone, John broods on the bus, shaken by his surroundings. And though Williams berates the boy for his obstinacy, John turns a deaf ear. Because even on his best of days, John remembers what it’s like to be dead, what it is to be sad. And he does not take it lightly.

Now…substitute the name “Peter Fonda” for “Allan Williams.”
Substitute “Hollywood gala” for “Arnhem War Memorial.”
Substitute “August 1965” for “August 1960.”
And having made those few changes, the backstory for “She Said, She Said” emerges:

At an August 1965 Hollywood gala, John blanches when Peter Fonda “rambles on” about his first-hand knowledge of death. Rattled, John flash-fires at the American film star and silences him forthwith…not because Fonda is downing John’s drug-induced mellow, but because Fonda is trampling on sacred ground. Introducing the topic of death as party prattle – as idle chatter – is not, to John’s way of thinking, simply “irritating.” The American star has been grossly inappropriate. He has opened old wounds, and John is left panting for air.

John swiftly quells the subject, and the party moves on. But the damage has already been done, and in the months that follow, John can never shush the lingering, whispering memories that Fonda’s casual party boast (“I know what it’s like to be dead!”) engendered. The phrase haunts Lennon. And so, just as John in the past had transformed many other wounds and torments into music, he begins to weave Fonda’s hellish echo into something unforgettable as well. John begins to write “She Said, She Said.”

But this time, however, John isn’t writing just for himself and about himself. He begins to compose the tragic tale of all four Beatles in the year of our Lord, 1966. And the story isn’t easy to convey…

You see, in 1966, The Beatles were living under a dome of stress that would have collapsed most organizations and failed most friendships. The beleaguered boys were getting ready for yet another World Tour, despite the fact that they’d grown bitter and cynical about the grueling experience. Brian Epstein’s heavy-handed influence. which had always held them on course was slipping away, and the boys were arguing with one another – heavily involving themselves in drugs as pressures all about them were mounting.

Unfeeling “takers” were attacking them from all sides: screaming fans who didn’t hear them when they sang; journalists and paparazzi who didn’t see how very bored and tortured the boys were, and unfeeling powers-that-be at Capitol, EMI, and Northern Music who didn’t care that The Beatles were utterly exhausted. To all of these users and shakers, the four boys were virtually invisible. It was a harsh reality.

Indeed, John, Paul, George, and Ringo began to feel as if they “had never been born,” as if only “The Collective” – the band known as The Beatles – really mattered. The four unique individuals who had once comprised the group had, somewhere along the line, been sacrificed (in true Help! fashion), “jolly with a knife!”

This is John’s message in “She Said, She Said.” In simple terms, he conveys each of The Beatles’ feelings. He speaks in muted understatement, presenting his friends’ great hopes and even greater fears as they face the end of touring and the beginning of “the yet-to-come.”

This anguished song is pure performance art, a vivid medium through which John can offer listeners the graphic opportunity to see, hear, feel, and experience what he and Paul and George and Ringo were enduring. As the song swirls up and up to confusion and clamor, each of us is given the chance to ride out the mania, to understand. We are privy to madness.

“She Said, She Said” is a rare sortie into the most intimate emotions of The Beatles in 1966…and into the solitary, broken life of John Lennon, for whom death and sadness were familiar escorts. Of this John sings, as Revolver finds the playout grooves and Side One concludes. Of course, on the flip side, there was more to come.