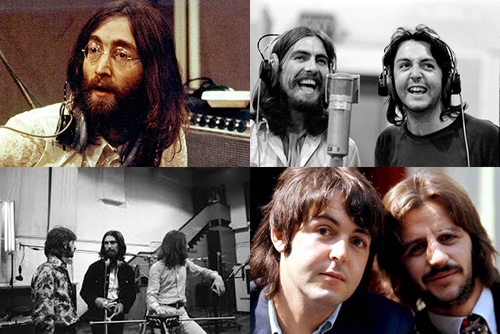 When our lush, wax-leaf Ligustrum limbed out over the wall into our neighbor’s pool, I smiled and offered to take care of the intrusion for her. My husband, Rande – I chirped – would climb up and cut the limbs back. (Any excuse to use the trusty chain saw, right?) And I would enjoy “suntan aerobics” by dragging the branches across two yards to the street dumping point.

At first, it was a brilliant idea! Rande was whirring (and sweating) away, experiencing the ultimate joy of power tools, and I was getting a fantastic workout, hauling gigantic limbs. But the first half hour turned into an hour and then, it was two hours, and I began to sing, “Boy, you’re going to carry that weight, carry that weight a long time!” Some 50-odd years after The Beatles penned those lyrics, I began to understand their real meaning.

You know, it’s fairly easy to carry something – even something heavy – for a short duration. If there’s an end in sight, you can do it! You just grit your teeth, lift with your legs, breathe, and go for it.

But when you have to carry a weight a long time, that’s a completely different story. It takes real character to endure the long haul.

I just finished writing Vol. 4 in The John Lennon Series after four years of some pretty intense research, writing, and editing. And, in this last year as the worked stretched on and on and on, I began to doubt that I could carry that weight any longer…even though my husband and best friend, Lanea, were working right along with me – even though I had great editors and a wonderful research assistant. Still, the work seemed overwhelming…even unendurable, at points. For the first time in my life, I considered giving up.

But I had a great role model in perseverance: The Beatles. No one I’ve ever known could do it better. Just in 1964 alone, the boys steeled themselves to complete two LP’s; the film, “A Hard Day’s Night”; a World Tour, a lengthy North American Tour, and a “no frills” Autumn U.K. Tour…all the while writing songs, giving interviews, starring on TV specials, doing radio shows, and even performing an aerial ballet at “The Night of 100 Stars.” And though, by December, they were truly knackered – bone weary – somehow, they found the verve to do it all again in 1965.

What was The Beatles’ secret? My theory is that they were able to endure because they knew what was required of them was important and necessary. Those who survive do so because they realize that if they want to reach “the toppermost of the poppermost,” they must be constantly “workin’ like a dog,” “eight days a week.”

You see, I think our most difficult struggles are important ones. We live through chemo to cure the cancer. We accept the disorder and loneliness of moving to a new location to find that new career or new school or new life. We take the pain of a dissolved relationship to move ahead into a new hope. We work without sleep, ’round the clock, to create something that will last. Carrying the weight generally means that we are constructing tomorrow – that we are hauling in immense building blocks for something worthwhile. And that’s never easy.

One of the hardest parts of long-suffering (of “carrying the weight a long time”) is the feeling that no one else is hurting the way we’re hurting – that everyone else is leading a better and/or happier life and that we, alone, are in constant pain. But that is never true.

Attending church with my son and daughter-in-law two Christmas Eves ago, each family was given a book written by one of the pastors at the church. It was entitled Everyone’s Perfect (Until You Get to Know Them). I so love that title and the truth in its premise.

I sincerely believe that ALL (and yes, I mean ALL) of the people whom we eye enviously (you know, those folks who are sailing blissfully through life while we struggle under the load), are secretly carrying a tremendous weight as well. They may disguise it, but they are heavy-laden, in some form or another, just as we are.

Tonight, I heard a brilliant quote from newsman, Brit Hume. He said, “Every person you know is dealing with something you don’t know about. Be kind. Be very kind.” Every. Person. You. Know.

Each and every individual has a burden. No one is exempt.

We’re in this together, and we all share the same fate: that is, we must keep going. We must keep moving forward, keep trying, keep trudging toward the goal line. The Beatles didn’t say, “We suggest you carry the weight,” or “We think you should carry the weight,” or “It would be nice if you carried the weight…” No, they said, “Boy, you’re GOING TO carry that weight, carry that weight a long time.” It was a flat statement of fact: you will do this. This will happen. This must be.

Our boys, as always, were quite right. Our lives consist of putting one foot in front of another. Our days are built upon the motto, “Keep on keepin’ on.” Life is certainly no picnic, no simple chore. But knowing we’re all in this together, it’s something we can do. We get by with a little help from our friends.