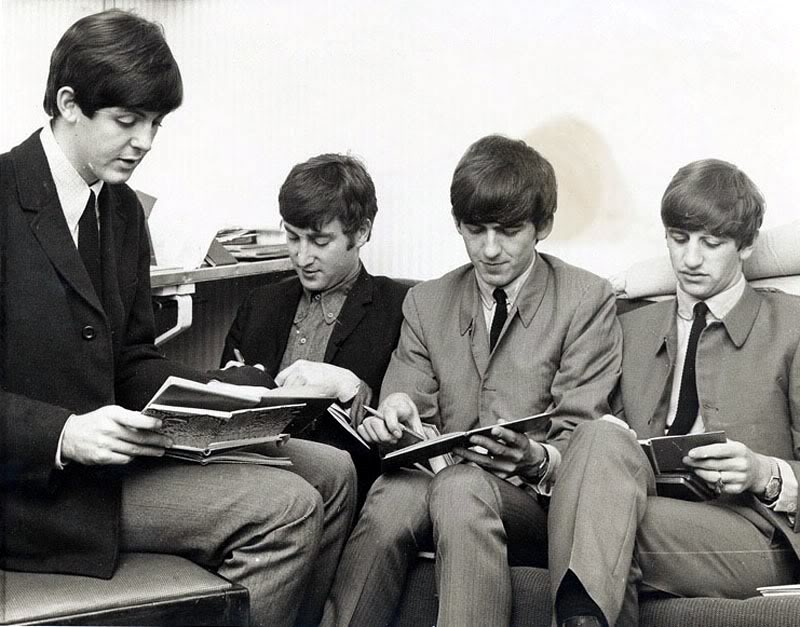 A few days ago, I received a shocking e-mail from writer and “Rock’n’Roll Detective,” Jim Berkenstadt (author of The Beatle Who Vanished). Jim had been told by our dear friend, Bill Harry (founder of MerseyBeat and author of many Beatles books including The Ultimate Beatles Encyclopedia, The John Lennon Encyclopedia, etc.), that a website called NWCBooks.com was offering FREE downloads of the various books written by almost all of The Beatles authors who attend our Fests for Beatles Fans. As little as we make off of these volumes – most of us only write out of our passion for The Beatles, not to increase our income in any measurable way – now, we were going to make even less, thanks to the shameless rip-off of this criminal company.

In the 48 hours that have followed Bill Harry and Jim Berkenstadt’s revelation, two remarkable things have happened:

ONE…we discovered that NWCBooks.com is not actually giving customers free downloads of our books. It is using the registration information of greedy book hunters to steal their credit card information and financial identities onto their computers. When the “customers” go to that website, they are told that for 48 hours, they can download free books to their hearts’ content, but then after that, they will have to pay a minimal monthly fee, and yes, (you guessed it) they are asked to supply a credit card number. Once that credit card number is logged in, “Gotcha!” It’s a phishing scheme. A con. (As we say in Liverpool, NWC is a “Yeggman”…a thief.)

More about that later. As Paul Harvey used to say back in the Sixties, stay tuned for “the rest of the story.”

But TWO…something magical happened along the way to solving this problem. Berkenstadt wrote to all of our other Fest authors (Gunderson, Robustelli, Stagg, Womack, Schmidt, Sussman, O’Toole, Spizer, Boron, Berman, Whitney, Sterlace, Edelson, Duchaj, Leonard, Krerowicz, Buskin, Bedford, Rodriguez,) and I wrote to a few others (Hemmingsen, Baird, Lewisohn, and Davis) and together we circled the wagons.

Buskin, Leonard, and Robustelli immediately contacted publishers. Bedford located similar sites that were doing the exact same thing and alerted us all. (I’ll list those for you at the end of this blog.) My husband, Rande, e-mailed Book Baby – a large e-book company – and informed them that they were being ripped off; he got them involved. Berkenstadt sent all of the authors “Cease and Desist forms” to fill out and send in. Jim Berkenstadt also found a link to send to Google, to give them a “heads up” about this very serious problem. We all worked together to solve the dilemma.

And this is remarkable. We worked together. That isn’t typical of all artists (be they authors, musicians, dancers, painters, whatever). In many cases, artists are competitive. Often, they are isolated and jealous of others in their field. Primarily, they work alone.

But in The Beatles World (a world largely held together by Mark, Carol, Jessica, and Michelle Lapidos who throw two “class reunions” or “Thanksgiving weekends” for us each year), we are a family. We reach out to one another, encourage each other, help each other sell books at our booths, edit each other’s works, run ideas and historical mysteries by each other, ask for advice, introduce one another to primary sources that we’ve encountered along the way whom others have not met, encourage each other, and in this case, protect one another. For authors to band together in this way is rare. The love of The Beatles is evident in all we do and in all we are.

That is remarkable. And now…for the rest of the story.

Once we discovered that our PDF’s (or e-books) were not being downloaded free of charge – that this NWC was a scam, a phishing scheme – we could have sighed relief, shrugged, and walked away. I mean, the foul shenanigans didn’t really affect us at all. But none of us wanted to do that. Every single Beatles author was committed to sending out the paperwork and completing the email forms that stopped these criminals from taking advantage of those who loved The Beatles.

Hopefully, no one in our immediate Beatles family would have opted to cheat us by downloading free copies of our books, but there are others out in the world who might have done so. And using our books as bait to hurt someone was repulsive to us. Even though it didn’t affect us personally, our Fest for Beatles Fans authors continued to be proactive. To stop this.

That is the legacy of John, Paul, George and Ringo. We reach out to others in love. We act upon good intentions. We stand in the gap for our fellow man whether that means refusing to play for segregated audiences or visiting fans who were injured in the hospital (The Beatles actually did these things) or whether it means stopping criminals from preying upon those interested in The Fab Four.

Through this recent incident, I saw very clearly that the standards set by those four Liverpool boys are still being held high…fifty-five years later. We are indeed a special group of people. And whether we are Beatles fans or Beatles tribute musicians or Beatles vendors or Beatles authors, we never forget the unique friendship and love those boys held for one another. It is the legacy that binds us together today.