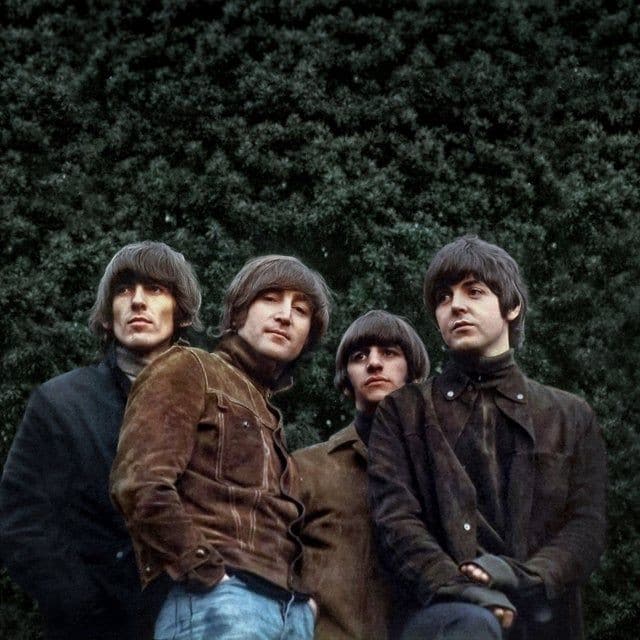 For the last year and a half, our Beatles family of experts/authors have worked in concert to explore (track-by-track!) the phenomenal, pivotal LP that was Rubber Soul. To discuss which instruments were used on which songs, who played what, and how each song was created in studio, I spent hours poring over Beatles music studies (listed at the end of this blog). During that process, I found that (on several occasions) music experts were 180-out from one another; rarely did all of the authorities agree on the guitar used or who performed each part of the song. Working diligently to suss out the “facts and stats” for each song track discussion, I think we all discovered new schools of thought and began to look at Rubber Soul with a revitalized vision

A plethora of our Fest For Beatles Fans experts donated their time to answer interview questions that provided “A Fresh, New Perspective” on each track, and I hope you agree with me that their insights permitted us all to see these great 1965 songs in a better light. We heard from Kenneth Womack, Bruce Spizer, Al Sussman, Susan Ryan, Robert Rodriguez, Janet Davis, Jim Berkenstadt, Lanea Stagg, Jerry Hammack, Piers Hemmingsen, Sara Schmidt, Tom Frangione, David Bedford, and Scott Freiman. Then, professional artist Rande Kessler re-examined the creative cover of the LP while Terri Whitney created a poem to Rubber Soul that touched our hearts.

It was a wonderful series of thought-provoking Fest Blogs, and we thank each person who contributed to this study.

But…there is still so much to discover about Rubber Soul, as we approach its 60th Anniversary in 2025. For decades Revolver was regularly touted as “the transitional LP” that signaled the end of the touring years and ushered in the “studio years.” But progressively, music experts pointing to Rubber Soul’s  transition toward world music influences, its radical change in attitudes toward women, its shift from simple “moon-June-croon” love songs to intricate songs about complicated relationships, and its move toward intricate instrumentation as the transition point in The Beatles’ careers. Recently, Milwaukee journalist Bobby Tanzilo stated, “While the world glorifies Sgt. Pepper, many die-hard fans credit 1965’s Rubber Soul for kicking off The Beatles’ experimental phase.” The LP is gaining greater prominence and stepping into its own.

If you somehow missed the Fest Blogs on this unique album, I invite you to go back and enjoy them right here on the Fest For Beatles Fans website. They began in January 2021 and ended in August 2022. If you’ve digested all of the blogs as we went along, here is a bit of additional reading to enjoy:

The Beatles: Rubber Soul to Revolver, Bruce Spizer, 2022. The latest release in Spizer’s Beatles Album Series is thorough, interesting, and perceptive. Spizer not only traces the genesis and development of these two records with his signature accuracy, but he also calls upon respected Beatles authors to cover their fields of expertise. Piers Hemmingsen writes about the Canadian reception for these two remarkable LPs. Al Sussman provides the historical backdrop for their creation. Frank Daniels tells us about 1966 in film and comics. And Bill King, the creator of Beatlefan magazine gives us a chapter on “Summer of ’66: A Quiet Revolution.” As always, Bruce Spizer also provides priceless fan remembrances about the impact of Rubber Soul and Revolver upon the lives of ordinary people. With superb photos that you’ll find nowhere else, Spizer’s examination of The Beatles’ 1965 and 1966 LPs is extraordinary.

This Bird Has Flown, The Enduring Beauty of Rubber Soul, Fifty Years On, John Kruth, 2015. Kruth’s book is a thorough study of Rubber Soul, artfully highlighting the many aspects of the record that are propelling it into the limelight again in recent years. In an interview with OnMilwaukee.com, Kruth stated, “Rubber Soul is so rich – the first time George uses the sitar – on “Norwegian Wood,” Paul employs jazz chords on “Michelle,” John evokes Weill and Brecht on “Girl,” Ringo sings country on “What Goes On” on the Brit pressing. {And] Paul’s “I’ve Just Seen a Face” seemed to spell out everything I was searching for in a love relationship, overtly as romantic as it was.” In meticulous but very interesting detail, Kruth guides Beatles fans through each Rubber Soul track with care and attention to detail. You will enjoy this book and learn so much from it!

The Beatles as Musicians, The Quarry Men Through Rubber Soul, Walter Everett, 2001. If you are a serious music student or aficionado, this book is for you. Everett breaks down each track into its component parts. A respected Beatles scholar and lecturer, Everett delves into music theory, instrumentation, lyrics, and recoding techniques. A classic work, this book will never go out of style.

Finally, I could not have approached this “long and winding” blog series of blogs without the scholarly work of authors who for five decades have poured over Rubber Soul and lauded it for its creativity, style, and content. So, sincere “thank you’s” are definitely in order to these distinguished historians, Beatles music experts, and biographers for their exemplary work:

The Beatles, The Anthology

Kenneth Womack, Long and Winding Roads: The Evolving Artistry of The Beatles

Phillipe Margotin and Jean-Michel Guesdon, The Beatles, All the Songs

Tim Riley, Tell Me Why

Keith Badman, The Beatles: Off the Record

Ian MacDonald, Revolution in the Head, The Beatles Records and The Sixties

Chuck Gunderson, Some Fun Tonight: The Backstage Story of How The Beatles Rocked America: The Historic Tours of 1964-1966

Walter Everett, The Beatles as Musicians, The Quarry Men Through Rubber Soul

Wilfrid Mellers, Twilight of the Gods: The Music of The Beatles

Thank you, as well, to Nicole Michael of 910 Public Relations and Rande Kessler for carefully editing each blog before it went to press. And huge thanks to Danny Abriano of The Fest For Beatles Fans for posting each blog with rare and interesting photos that brought the subject to life!

Most of all, my deepest thanks to Mark, Carol, Michelle Joni, and Tilly Lapidos for permitting us to study this ever-evolving record with such intensity for so many months. It was a joy to bring our Fest Family of noted authors together for a project of this magnitude. You believed in us and gave us a great forum. We so appreciate it!

I hope you all have enjoyed  reading this as much as we, the authors, have enjoyed compiling it. Stay tuned to our Fest For Beatles Fans website, Facebook page, and Instagram page as we will continue to keep you on the cusp of Beatles scholarship.