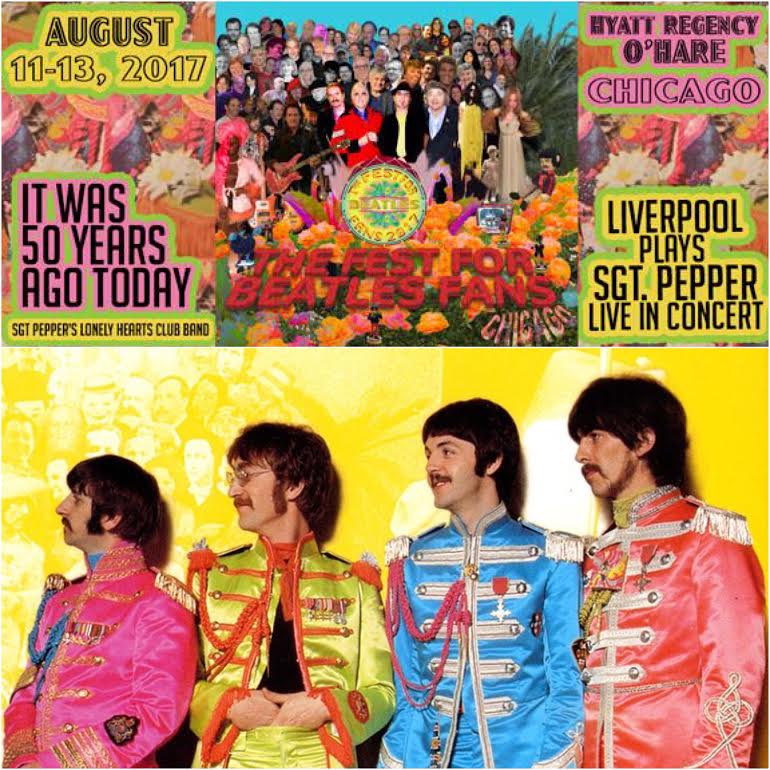 It’s a film classic: the moment that Yoda advises young Luke Skywalker, “Do or do not. There is no try.”

It’s truly the motto that John Lennon lived by. He was completely and utterly committed to “the toppermost of the poppermost,” in a never-say-die way that permitted no room for failure. John was determined.

In fact, after The Beatles returned from Hamburg in December of 1960, Paul’s father convinced him to return to school and complete his teacher-training. George took a job as an electrician’s mate, and Pete began playing gigs with various groups around Liverpool with whom he was friendly. For The Beatles, it was almost the end.

But Johnny Lennon – his eyes on the prize – went door-to -door, dragging his band members back to their raison d’etre. “What’re y’doin’???” he exhorted them. “Y’can’t get a fuggin’ job! There’s no time for it! We’re goin’ to be bigger’n Elvis! We’re goin’ to the toppermost of the fuggin’ poppermost!” And so, they surrendered: dropped out of school, gave up the job, zeroed in on one band: pledged their allegiance. It was a decision to do, not to try.

Soooo…each year for the last 12 years, I’ve written to you, urging you to come to The Fest for Beatles Fans. And each year, you read this familiar blog (in its many forms) and say, “Man, I gotta do that! Next year I totally am gonna be there…for sure.” And then year becomes year, and you only try. You never do.

And you know what? You are missing one of the happiest, brightest moments in any Beatles fan’s life. You are relinquishing some of the most priceless, unforgettable events a fan could experience…such as:

Chatting face-to-face with Ringo’s producer and friend, Mark Hudson, and then watching him rock the stage on Saturday night, performing “Working Class Hero” in a mad, mad, mad, mad way that would make our John so proud!

Hearing noted Beatles author Bruce Spizer talk at noon on Saturday about Sgt. Pepper and its impact not only on the Sixties, but also on the lives of thousands (millions?) today.

Dancing with your family (children are oh-so-welcome!!!!) on Friday night to the magnificent sounds of the live band, “Liverpool.”

Being present for the showing of author David Bedford’s new film, Looking for Lennon…sitting back and enjoying this magnificent work up close and personal!

Sitting on the floor or in the folding chairs under the stairs and singing along (or playing along on your guitar, tambourine, uke, or whatever) as the “pop-up bands” stay up all night long, performing every Beatles song ever written…and doing it beautifully, I might add.

Enjoying a lively (and I do mean lively) interview with comedian Neil Innes of The Ruttles! OMGosh!

Taking a virtual tour of Liverpool to rare places “Off the Beatle-n Path” with me (Jude Southerland Kessler, as it were) on Saturday morning at 11 a.m. You’ll see historical spots in The Beatles’ career that few have ever glimpsed!

Blinking back a tear or two as you view Wally, Victoria, and Deco’s stunning tribute to Brian Epstein!

Stopping by the Marketplace to try on and place your order for authentic Beatles suits, jackets, and other clothing hand-tailored by Russ Lease!

Strolling through the impressive art gallery of Eric Cash…and selecting a lovely and valuable piece to adopt for your very own.

Spending Sunday afternoon rockin’ out to the fab-tastic sound of The Weeklings!

Listening and taking part in Wally Podrazik’s well-organized, insightful panel discussions with some of the most respected Beatles experts in the world: Robert Rodriguez, Chuck Gunderson, Bruce Spizer, Al Sussman, and many others.

Talking with Ringo’s official photographer, Rob Shanahan, as you peruse his gallery of rare, magnificent photos.

Being “there” for the first appearances of many new faces on The Beatles scene including poet Terri Whitney, author Greg Sterlace, and Chicago Beatles Fan Club organizer Marti Edwards.

And that is just a smidgen of the magic that unfolds when The Fest shines on!

If you’re going to say, “Okay, sure, I’ll try to be there,” don’t. Stop. DO OR DO NOT. THERE IS NO TRY. In John Lennon fashion, I’m knocking on your door. I am begging you to halt that work-a-day electrician’s mate job (at least for the weekend) and set your sights on something better.

I’m pleading with you to drop that mundane class (for three days only!) and opt for pure joy. I am asking you to give yourself the gift of a lifetime…a gift of memories and friendships to take home with you…smiles, sighs, songs, and stories. The Fest for Beatles Fans is sincerely the “toppermost of the poppermost.” Be there…DO!