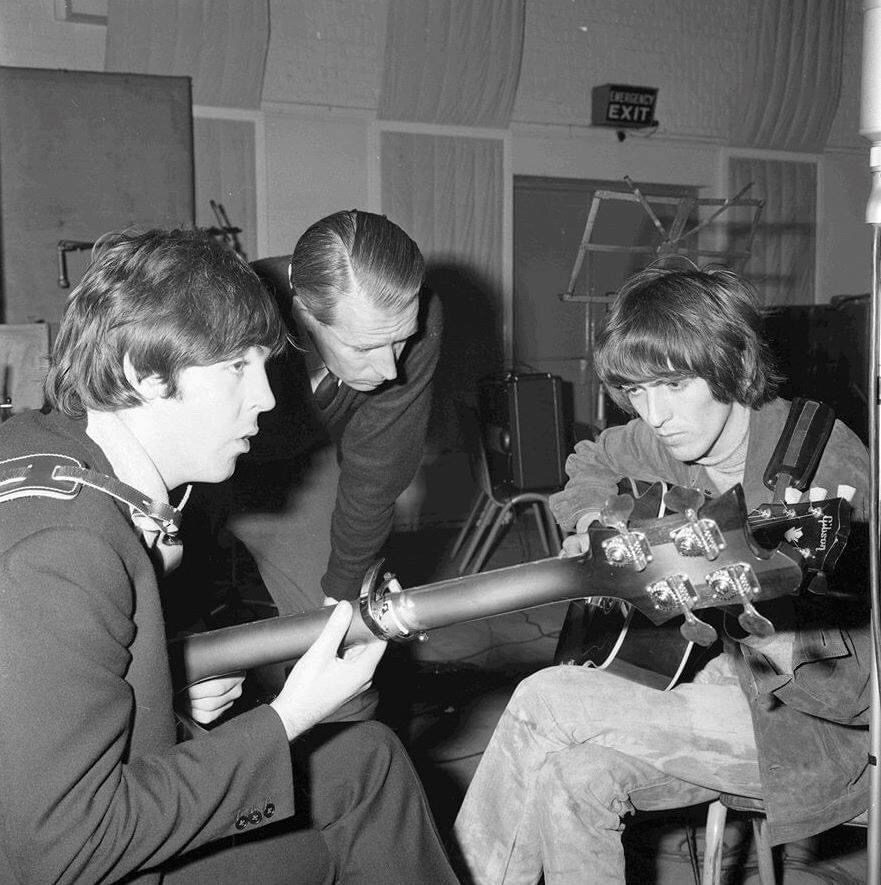 Here we go, Fest Family, with our seventh “deep dive” of 2021 into The Beatles’ exceptional LP, Rubber Soul. I was thrilled to tackle this classic ballad with Jerry Hammack, respected author of The Beatles Recording Reference Manuals. As an expert on precisely what transpired in EMI Studios, Jerry has a unique perspective on this song. (You’ll be especially interested in his comments on the song’s lead line!) He gives us an opportunity to examine “Michelle” with a fresh, new look even though it’s a beloved song that we’ve cherished for 56 years.

Jerry Boys dropped in on the recording session but didn’t work on the session. (Lewisohn, The Beatles Recording Sessions, 67) Richard Lush and Jerry Boys did tape on the mixing sessions.

Stats: To quote Jerry Hammack, “One take was all that was required to perfect the backing track.” (Vol. 2, p. 84) Of course, superimpositions would follow.

Paul McCartney, co-composer (Paul wrote the verses for this song from a “parody” song he had performed whilst at the Liverpool institute.) He sings lead vocals, plays bass on his 1964 Rickenbacker 4001S, plays acoustic guitar on his 1964 EpiphoneFT-79N and possibly, also supplies the lead guitar solo on his 1962 Epiphone ES-230TD. (Hammack, The Beatles Recording Reference Manual, Vol. 2: Help Through Revolver, 84)

As Paul began to re-shape the college piece into a ballad, John composed a touching middle eight that was derivative of love letters he had written to Cynthia during their college romance. In Ray Coleman’s book, Lennon, you can see one such letter on pp. 104-105. The “I love you, I love you, I love you/that’s all I want to say” line is almost a direct quote from John’s early impassioned Christmas card to the girl he adored. He also suggested to Paul that the emphasis should fall on the word, “love.” (Turner, A Hard Day’s Write, 94) Years later, in the Playboy Interviews with David Sheff, John states that the middle eight was also influenced by Nina Simone’s “I Put a Spell on You,” but clearly, John had been penning lines such as these to Cynthia in the late 1950s.

Very much like “We Can Work It Out” in which Paul wrote the verses and John composed the middle eight — adding what John called “a bluesy edge” to this song — (Everett, The Beatles as Musicians, The Quarry Men through Rubber Soul, 326) “Michelle” is a true collaborative effort.

Recently, Fest Blogger Jude Southerland Kessler, author of The John Lennon Series, visited with author, Jerry Hammack about some of the finer points of Lennon/McCartney’s “Michelle.” Hammack’s The Beatles Recording Reference, Vol. 2: Help Through Revolver (1965-1966) — researched meticulously for over a decade — provides even more detailed information about this fan favorite. As an experienced Canadian-American musician, producer, and recording and mix engineer, Jerry Hammack has insights into this song that many of us would miss. Be sure to attend his presentations at The Fest, where he always a sought-after guest speaker!

There are multiple aspects of the solo part supporting the conclusion that Paul was responsible for this work on the song. The playing style of the part bears no resemblance to any of Harrison’s playing during this period, while it has great similarity to Paul’s bass work. The solo is played entirely in the mid-range of the guitar, much like a jazz-style bass solo would be played. Photographic evidence from sessions during this period show Paul’s Epiphone guitar leaning against the Bassman amplifier, and the muted sound of the part would be consistent with the frequency characteristics of that amplifier as set up for bass playing, as well as the AKG D20 commonly used to mic that cabinet.

But the primary evidence is the tape log, which accounts for an original tape and a tape reduction remix on a second reel.

If George had played the solo, there would have been no need for a tape reduction remix. The four-track could have supported all the performances that make up the track without it. The only reason to put the bass and solo on separate tracks is because one person can’t play both at the same time. That person is Paul.

Not that I’m a music expert myself…As Walter Everett notes, the song is mixed modally between F-major and F-minor, which is pretty sophisticated for a pop song. Paul even manages to throw in a few diminished, major and minor 7ths and 9ths. McCartney is believed to have drawn on influences as far ranging as French artists Sacha Distel and Juliette Greco for his inspiration, and perhaps, more practically, from lessons he learned in songs like “Bésame Mucho” that also play with major/minor inversions.

The reason the bass was given its own track in “Michelle” was a practical one as I’ve noted earlier, but the benefit of recording it on its own is in control over the tone and volume level of the instrument when it came to creating a mix — in this case, a reduction mix. If it had been recorded with another instrument like a guitar, the volume relationships would already be fixed, and tonal decisions when it came to mixing would have to be balanced out. (A reduction mix is similar to a final mix.) Too much bass on a guitar signal and the guitar sounds muddy and thick – too much treble on a bass signal and it sounds thin.

The lessons learned with the control gained on the bass signal through the recording of “Michelle” didn’t necessarily alter the approach to bass recording overall, but the approach was called upon again in the Pepper era and whenever the sound that Paul wanted from the bass was more up-front and unique.

For myself, what makes the song so brilliant is that quality of complexity disguised as simplicity. The Beatles make the song sound almost effortless, natural, like it always existed, and they just happen to be playing it for us. As with the best actors, the effort is hidden; the impression is that of ease. There’s nothing about “Michelle” that isn’t sophisticated (and some cover versions fail by how painfully obvious they display the fact), but The Beatles flow through the track like a river that knows where it’s going. It’s just so naturally performed. Hiding behind that perception of ease is a beautifully complex song, adding a whole other level to the experience. The more you know about what The Beatles pulled off with “Michelle”, the more you enjoy it.