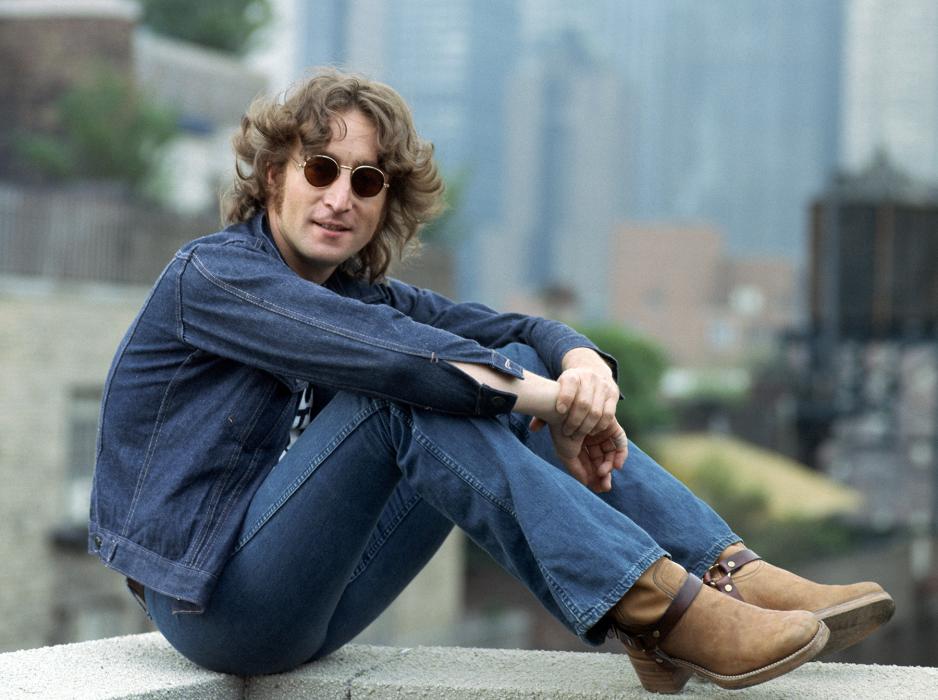 Over three and a half decades after his passing…and still we pause on 9 October, celebrating the life of John Lennon, looking back not with misty-eyed nostalgia but with clear-headed vision that embraces both his many strengths and his many weaknesses.

John Lennon was no saint…that’s for sure. He never – not even as a teen – suffered fools lightly, and when the press (in 1963-66) asked him ridiculous questions such as “What do you do with all that hair while you sleep?” he, often as not, presented a jaw-clinched, disgusted visage and a sharp retort. He admitted that he had “a chip on [his] shoulder bigger than [his] feet,” and so his anger often flared, whereas Paul was always able to discover some politically-correct and charming response. And yes, John was often jealous and sharp-tongued. And yes, he was infrequently physical with Cynthia.

But despite the faults that his latter-day detractors have hurled at him, he is still one of the most exceptional individuals I’ve ever known. John Lennon endured a string of life tragedies that none of us could weather, and ultimately, he used them for good. He used them to create beautiful, haunting, lasting lyrics and compositions…he gave us the soundtrack of our lives.

Look, John had every reason to be bitter. At age five, his parents (for very complicated reasons) surrendered him to his Aunt Mimi and Uncle George to rear – and although George Toogood Smith was truly “too good” (exceptionally kind and loving), Mimi was not. She was the soul of decorum and discipline. And when six-year-old John – begging for love – would ask her, “Mimi, why are you here every day when I come home from school?” she would only respond, “Because it’s my duty to do so.” Mimi taught John many important things: to study, go to church, mind his manners, to behave…but she never taught to him to love.

As John grew into his preteen years, John “found out” that his mother, Julia, lived only about a mile from Mimi’s house. And he began to visit her frequently, getting to know his two half-sisters, Julia and Jacqui. It was a bond John cherished, but the knowledge that his mother didn’t “despise children,” after all – that she wanted her two girls and not him – was a heavy cross to bear. Alone in his bed at Mendips, it hurt. He wondered what he’d done to make her push him aside.

But that doubt must have been dispelled somewhat when, after the loss of John’s beloved Uncle George (when John was almost 15…a time when he needed a “father” most), Julia came back into his life as his best friend. For two years, his mother and he bonded. Julia encouraged John to skip school and hang out with her. She taught him to play the banjo, told him he “had music in his bones,” played her rock’n’roll records for him, and helped him form a skiffle band, The Quarrymen. She invited the fledgling band to practice in her acoustically excellent bathroom, and many times she banged on pots and pans, their drummer. Julia was beloved by them all, part of their group. However, on 15 July 1958, she was hit by a drunk driver and instantly killed. And once again, John had lost her. This time forever, to death.

If this had been John’s last tragedy, he would have been completely justified in being angry at the world. Even at this juncture, had every reason to give up and quit – to become a delinquent, a criminal, a bitter hermit, withdrawn from society. And many (including Dave Bennion, the “Head Boy” at Quarry Bank Grammar) thought Lennon would do just that.

But instead of surrendering to a life of sorrow, John began to write songs born of the pain. And over the next five years, he wailed at the microphones of Merseyside and then Hamburg and then the United Kingdom and finally, the world, for Julia. He told us all, “If she’s gone, I can’t go on, feelin’ two foot small.” And, “I’m a loser, and I’m not what I appear to be,” and “I’ve got every reason on earth to be mad, ’cause I just lost the only girl I had. If I could get my way, I’d give myself right up today, but I can’t, so I cry instead.” And using his loss to weave beauty, John Lennon created The Beatles and relentlessly pushed them (when on many occasions, they gave up) to achieve, to conquer, to succeed.

In his life, John did many great things. He was a talented writer, penning two award-winning books of wry, satirical poetry and prose. He was a gifted single-line artist whose gallery still tours the world to critical acclaim. He was a global advocate for peace. He was a fighter for Irish independence, writing two songs for the cause and leading the New York City march on BOAC on behalf of the Irish people. John had myriad talents.

But today, we remember him most because he left us the example of a life well-lived. He left us an example of a man who never surrendered to the lashing that the world can dole out. John never let the unending tragedies that tried to crush him snuff out his soul.

After the loss of his mother, John went on to endure the death of his soul mate, Stu Sutcliffe. John also suffered at the hands of an unfeeling press when a remark he’d made to a close journalist friend, Maureen Cleave, was lifted by Datebook magazine, taken out of context, and used to generate a hate campaign against John and The Beatles…and for months, John was vilified by the world. In later life, he suffered a messy divorce from a girl he had once loved deeply. And in his last decade, he and his second wife lost several children to late-term miscarriages. Even his career was rocky:  John’s music was banned by the BBC for his support of Ireland. Life for John Lennon was never ever easy.

But he never surrendered. And when on certain days, I feel down or depressed or hurt or angry, and I threaten to throw up my hands and walk away…I think of John. I think of his resolve and his “toppermost of the poppermost” attitude and his unflinching determination. And on those occasions, I repeat about John Winston Lennon the very best compliment that I could ever give  anyone: he never gave up.

And that…that is why we still care.