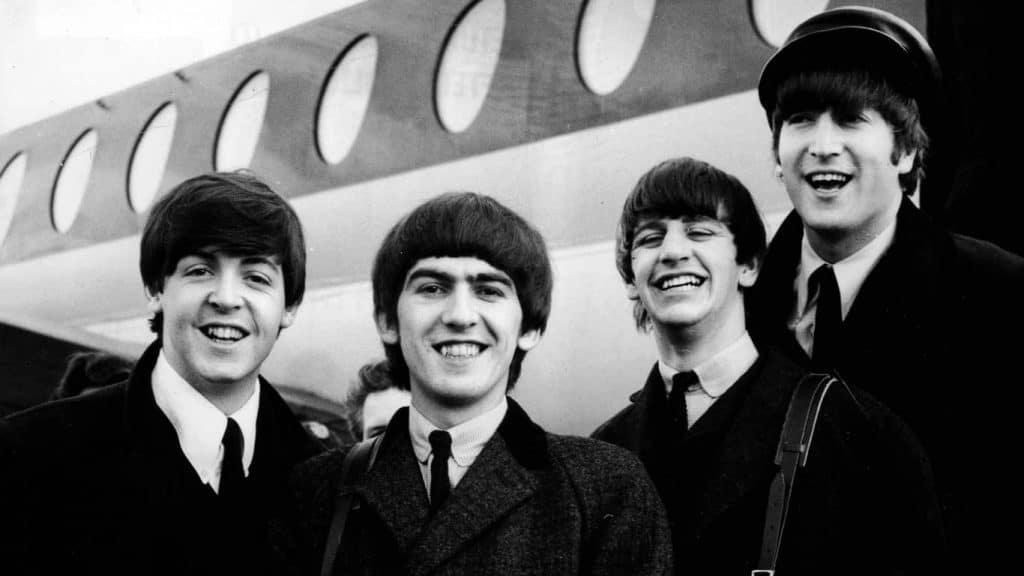 It was January something or other, 1964. I had just turned 9-years-old the previous September and was in the fourth grade. My family lived in a small town near Philadelphia called Morrisville, Pennsylvania.

The Phillies weren’t turning out very good teams, so like a lot of boys my age, my heroes were the Yankees’ Mickey Mantle and Roger Marris and astronaut, John Glenn, who had recently become the first American to orbit the earth.

My brother and sister are 8 and 9 years older than I, so I heard a lot of their music around the house. Their favorites included early Motown; rockers like Elvis, Buddy Holly, Fats Domino, and Little Richard; the Beach Boys and others. So, as you can see, I was exposed to some really great music as a little kid.

My parents were very musical, too. My Mom was a wonderful singer and my Dad was a self-taught organist. There was lots of music in my life!

I had asked for and received a transistor radio that Christmas, and after returning from school in the afternoon, was eager most days to walk  beneath “the blue suburban skies” with it held up to my ear, listening to WFIL, WABC and WIBG…hoping to hear my favorite songs.

At that time, “Louie, Louie” by The Kingsmen was the Number One song just about everywhere in the USA, and I loved it! I could listen to that song over and over again. I really didn’t want to hear much else. So, each week, I’d wait to hear the countdown to the #1 song. I was sure it would be that song with the great beat and the lyrics no one could understand.

This particular January week however, would be different…WABC’s afternoon DJ, Dan Ingram, informed listeners that there was a new Number One song on the charts. It had shot up to Number One out of almost nowhere, and the phone lines were on fire with requests to hear it! This annoyed me as I really liked “Louie, Louie” and couldn’t believe anything could be better than that song, but I stayed tuned in just to see what all the fuss was about.

Well, the first three notes of “I Want to Hold Your Hand” smacked me right in the face. I literally stopped dead in my tracks and listened to something I had never heard before. It was such an exciting sound! The vocals, the drums, the build-up at the end of the “middle eight”: “I can’t hide, I can’t hide, I CAN’T HIDE……..!!! Wow! Incredible!

When it was over, Dan Ingram talked about this new band called The Beatles and how they were from England and how they were going to be on The Ed Sullivan Show in just a few weeks and how they were so different and…I swear to God, I turned around and ran home, bursting in the front door yelling, “Mom, Mom I just heard the greatest song I have ever heard on the radio and the band is… and they’re gonna be on…and can we please watch it?”

She was so cool and said, “Of course, we can.” (We watched Ed Sullivan every week anyway.) Settle down now.”

As the weeks leading up to February 7, 1964 passed, I heard “I Want to Hold Your Hand” many times, and its power never faded (and still hasn’t, for me). So, when the nightly news showed pictures of the airport press conference and the wild scenes outside The Beatles’ hotel, the whole thing became even more compelling! They looked incredibly cool, and they were so funny.

Q: “Are you going to get a haircut while you’re here?”

George: “I had one yesterday”.

Q: “There’s some doubt that you can actually play; can you play for us?”

The radio stations also began playing other Beatles songs: “I Saw Her Standing There,” “Twist and Shout,” “All My Loving,” and “Please, Please Me”.

My Mom bought me Meet the Beatles. She was the coolest! I played it every day after school, and she didn’t complain at all. In fact, she liked it! She thought they were great. Of course, that hair was “ridiculous,” wasn’t it?

The 9 February Ed Sullivan performance was, of course, incredible, and it’s all anyone in school talked about for weeks! My life changed that day that I first heard “I Want to Hold Your Hand” on the radio. I will never forget it. Eventually, I became a musician myself, and I continue to play and write music to this day.

The Beatles and their music, style, and talent became a major influence on my life.

Their message was clear… “Love is all you need.”

Wouldn’t it be great if the whole world got it?