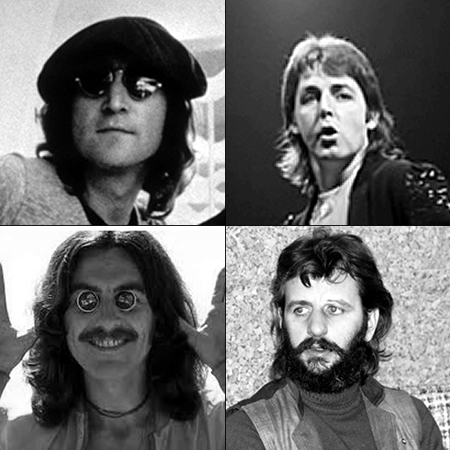 Paul McCartney recently gave an interview where he addressed why The Beatles never reunited after the band broke up in 1970. Here’s what Paul had to say:

We’ve been through all the sort of joys and the horrors of being in a band. We’ve done everything we’ve wanted to do and if we now sort of get back together again, it could fall flat. We might not enjoy it, so why do it? As we say in England, ‘Leave ‘em laughing.’

For the legacy of the group, perhaps it’s best that they remained apart. However, it’s tantalizing to think of what the group may have been able to do if they had gotten back together at any point between their breakup and John Lennon’s death in 1980.

While Paul recently spoke about what was going through the heads of the broken up Beatles , John, Paul, and George in particular all addressed reunion questions in the years following the breakup…

It’s strange, because at one period when they’re asking me, I say ‘no, never, what the hell? Go back? Not me. And then it came to a period when I thought, ‘well, why not?’…everyone always envisions the stage show. To me, if we worked together (it would be) the studio again…when I’m saying that, I turn the paper and George is saying ‘not me.’ It’s never got to a position where each one of us has wanted to do it at the same time…the other question is ‘would it be worth it?’ That would be answered by if we wanted to do it. If we wanted to do it, then it’d be worth it.

We’re all leading our own lives. It’s been eight years, really, and I don’t think an ad in the paper is going to do the trick. We have to want it, personally, ourselves. And not just to make $50 million dollars or whatever the figure may be. We must do it because we want to be together as people first, and secondly, to be together for the music – and then everything else would fall into place. But at the moment everybody is doing their own lives, and it feels to me a bit like saying ‘please go back to school.’ You know, that (the first stint as Beatles) was like our apprenticeship.

For a long time now, the Beatles have been split up and – just the way things are – certain ones of us like playing together and stuff, but I don’t think John would ever be interested in kind of getting the group back together again. And the four of us individually wouldn’t be really interested in doing it, just because it’s – you can’t reheat a soufflé, as someone once said. Three of us got up at Eric Clapton’s wedding, with Eric and Ginger Baker and a bunch of loonies, but we’ve never played the four of us together since we’ve split up…I definitely know it’s not on…it’s not anything that would ever happen.

Last year, Ringo Starr weighed in on whether or not the group would’ve gotten back together if John hadn’t been taken so violently in 1980 –

Don’t know. It’s a crazy question. But…I’d like to think, yes, we would. Paul still goes out with his band, I go out with mine and John would probably have been going out with his. George was not big on touring so I’m not sure about him. But who knows… it could have come together.

Of the four Beatles, it seems that John – at least in the interview he gave in 1975 – was the one who was most interested in a reunion. While listening to John speak, there are reservations, but he seems genuinely excited about the possibility.

George was a bit more cagey than John, but after listening to him speak, it felt as if he would’ve been open to the band getting back together as long as he felt the time was right.

Interestingly, it’s Paul – who seemed to be attached to the group the most while together – who was close to dismissive about there ever being a reunion. Perhaps Paul was letting his then-cold relationship with John get in the way of his true feelings. Perhaps he wasn’t.

Listening to John and George speak about a potential reunion, and reading about how Ringo felt, it seems that if John had lived and he and Paul had gotten over their differences, a reunion ultimately would’ve happened.

7 thoughts on “In their own words: were The Beatles ever ready to reunite?”