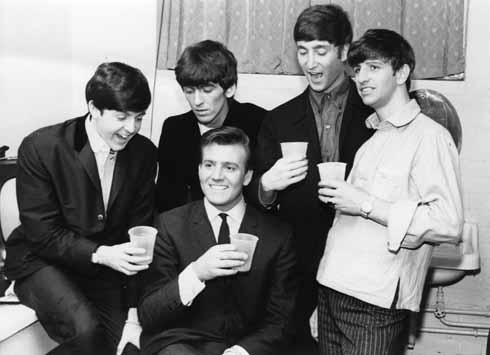 To me, Billy J. Kramer will always sound like summer.

I first heard “Bad to Me” as we trekked back from City Pool to Bringhurst Park where Camp Denim Deb for Preteens was in full swing. It was deep summer in Alexandria, Louisiana – June bug and Popsicle days. And I was almost 11, or “one teen,” as I insisted on calling it. And it was in that “almost-one-teen summer” that I began noticing boys and dreaming of falling in love.

“The birds in the sky would be sad and lonely

If they knew that I’d lost my one and only…

The words poured from our camp counselor, Joanne Wooten’s, transistor radio.  Walking single file through sun and shadow – our flip flops wet-smacking the sidewalk – my friends and I sang along…allowing ourselves to fall for the tune and the words and the way they made us feel, even though the hit wasn’t (or so we thought) by The Beatles.

The Beatles! They were my world. Well, John Lennon was my world. And had I known that he’d composed “Bad to Me” during his May 1963 trip with Brian Epstein to the Costa Brava and the Costa Del Sol, I would have flipped over it. Head over heels! But instead, I fell for the song gradually, mesmerized by the image of “softly sighing” leaves and the gentle sound of Billy J. Kramer’s voice.

Slender, brunette Joanne Wooton wore aqua contact lenses and tailored Capri pants. And as a teenager (almost an adult!), she was beyond cool. So when she informed us all that Billy J. Kramer was from Liverpool, too, and that he was blond, broad-shouldered, and handsome, we swooned. The Denim Debs had never seen Billy’s face, but listening to him plead, “Don’t be bad to me,” we were hooked.

It wasn’t until forty years later that I actually met Billy, face-to-face, at the Las Vegas Fest for Beatles Fans. Gathering all of my courage, I strolled over to him and said, “Billy, I want you to know that ‘I Go To Pieces’ meant the world to me growing up. In fact, I loved it so much that I sang it as a lullabye to my son each evening when he was a baby.”

Billy, who could have easily retorted, “Uhhhh, that’s not my song, you twit!” smiled a kind smile and tenderly replied, “Ah, that’s so nice. I’ll be sure to tell Peter Asher next time I see him.”

It took me ten minutes to figure out that I had named the wrong song. And ten months to get up the courage to speak to Billy again!

But since then, we’ve become good friends – me and this tall, sandy-blond NEMS star who wooed me away from John, if only for one small segment of summer. He and his wife have become one of the couples I most look forward to seeing each time we Fest for Beatles Fans-ers convene in New York or Chicago.

But this past Fest, as I sat in the Saturday night concert audience with my grown son, Cliff, and heard Billy J. sing the song I had REALLY crooned to my baby as a lullabye, “Bad To Me,” I was overcome with emotion.

Suddenly, it wasn’t 2014. It was 1964. And I was flip-flopping back to Bringhurst Park to braid a keychain made from rubber strands of brightly-coloured, waxy ribbon. I was singing along with the other Denim Debs and talking about the futility of attempting a cartwheel on the thick, grey tumbling mat that always smelled of feet.

It wasn’t October in Los Angeles as Billy sang. It was long ago…June bug hot and Popsicle cold. When Billy J. offered up “Bad to Me,” it was blue skies and birds on the wing.

For me, Billy J. Kramer will always sound like summer. His is the sound of days free from care. A lost innocence.

Jude Southerland Kessler is the Author of The John Lennon Series