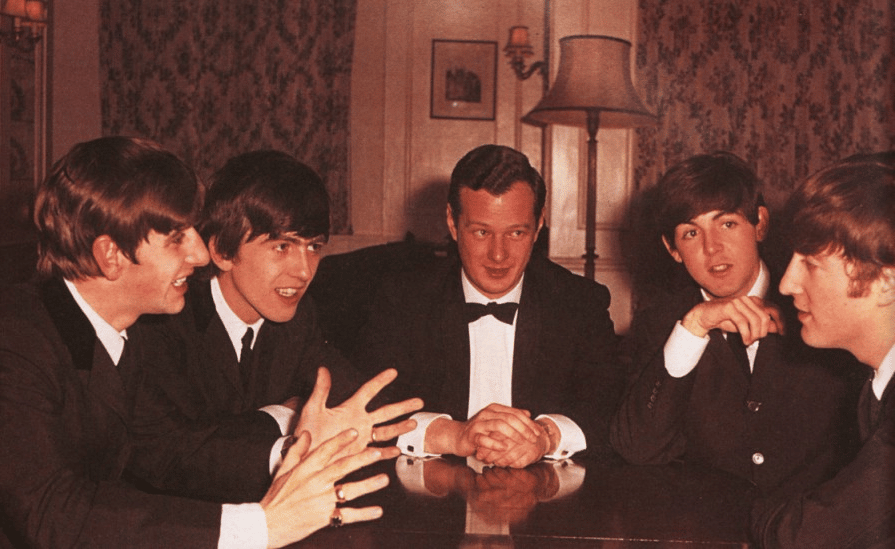 author of The John Lennon Series

With the unveiling of the beautiful tribute statue to Brian Epstein in Liverpool just a few days ago, The Fest for Beatles Fans pauses to commemorate the remarkable man who brought our lads into the bright lights. We love you, Brian. You were “a class act” in every way.

Frequently these days, I hear people espousing the maxim, “It’s not personal, it’s strictly business” as if it were a yardstick of excellent business practice…the benchmark of what is equitable in one’s professional relationships. And I wince, knowing that this quote originated not in Shakespeare or Ben Franklin or The Bible, but came straight from the lips of Michael Corleone in The Godfather. Here’s the movie clip.

If one examines outstanding leaders throughout history, one will rarely find this “It’s just business” rule-of-thumb to be his/her guideline. Brian Epstein, The Beatles legendary manager, is one of those who prized his personal reputation more than money. He sincerely believed that honesty and a bargain well-kept championed all else in the “dog-eat-dog” world of entertainment. In fact, promoter Sid Bernstein (who booked The Beatles at Carnegie Hall in 1964 and Shea Stadium in 1965) said, “Once [Epstein] gave his word, he never changed terms or renegotiated. He had that kind of quality; you believed him; you trusted him. That isn’t true of very many people.”

Let me give you a just few examples of Epstein’s policy of personal integrity over profit:

Epstein became The Beatles’ manager in December of 1961, and at that time they were quite popular around Merseyside and in Hamburg. However, they weren’t well-known outside those realms. In London, The Beatles were virtual unknowns. So, as we all know, Brian set about getting the boys gigs anywhere that he could, often at unflattering rates. Exposure and publicity were Epstein’s primary goals.

You know the rest of the story. Quite rapidly, The Beatles began to capture the attention of the masses and press. Everywhere they traveled they were an astounding hit, and people started flocking to their performances – filling town halls, theaters, dance clubs and cellars. So, not surprisingly, the asking price for upcoming Beatles gigs quickly flew up, up, up. In fact, in Craig Brown’s book 100 Glimpses of The Beatles, one Merseyside promoter, Peter Stringfellow, tells the story of how he delayed booking the four boys for several days. And while he hemmed and hawed over the decision, the asking price soared from £50 to £65 to £100. He who hesitated was lost.

However, Epstein firmly believed that a promise made was a promise kept. And he refused to renegotiate contracts signed months earlier. He refused to charge club owners more than he had initially agreed upon. And many of those bargains were word-of-mouth only! You see, Epstein didn’t require a written contract to do what was right. Integrity was ingrained in him.

In June of 1965, when the highly successful Beatles toured France, Italy, and Spain, Brian noticed that the crowds weren’t as large as they’d been on the 1964 tours; so, he asked Neil Aspinall to explain the drop in numbers. At first Barrow pointed out that the unusually high temperatures that summer had somewhat diminished the crowds for afternoon shows. But Epstein instinctively knew that heat alone couldn’t be the sole reason that the fans had decided to stay home. So, he pressed Barrow for the bottom line. Finally, Barrow muttered, “It’s the ticket prices, Brian. They’re more than the average fan can afford.” Epstein was heartbroken. The young manager cared about the fans. And he had always striven to keep ticket prices at fair rates – to make it possible for anyone who loved The Beatles to be able to see them in person. He had no idea that tickets had climbed out of reach, and the moment Epstein heard this frank explanation, he made adjustments. (For the full story, see Shades of Life, Part 1, p. 638-640)

A month and a half later, when The Beatles played the mega-concert in Shea Stadium, the best ticket available – for a field-level box seat – was rigidly set at $5.65. And, of course, for that price, fans got to see the King Curtis All-Stars, the Discotheque Dancers, Cannibal and the Headhunters (“Land of 1000 Dances”), Brenda Holloway (“Every Little Bit Hurts”), the vivacious Sounds Incorporated, and yeah, yeah, yeah, The Beatles. It wasn’t just a “fair price.” It was a bargain!! Throughout the summer of 1965, The Beatles (and their opening bands) filled one stadium after another with fans, fans, and more fans! Lest we forget, in Chicago, the boys gave two performances in front of 50,000 fans total. They played the Hollywood Bowl in front of a sold-out audience. And in Shea Stadium, The Beatles gave the performance of a lifetime to 55,600 awed Beatlemaniacs.

Brian could have charged a great deal more for those tickets and made more profit. In fact, you’ll recall that promoter Sid Bernstein was willing to pay $10 a seat for any unsold Shea Stadium tickets. (However, there were none.) Bernstein thought the ticket to see The Beatles worth at least that price! But Brian Epstein valued what was right, what was just, and what was fair. He wanted everything associated with The Beatles to be completely above-board.

In The Man Who Made The Beatles, famous journalist and Beatles friend Ray Coleman stated, “Brian’s name was a byword for class and integrity – and he cherished his reputation.” (p. 218) Coleman goes on to say that Epstein had “a central core of integrity.” And when asked to give “a certain person [in the United States] a thousand dollars to oil the wheels” so that Epstein’s rising folk group, Silkie, could obtain a work permit for nine television shows in America, “Brian flatly refused.” (p. 303) Coleman explains, “He said he had never bought his artists into anything with cash and did not intend to start.” (p.303)

Honesty was the yardstick of Epstein’s success. As Coleman says in the touching conclusion of The Man Who Made The Beatles, “…Brian died with a golden reputation for integrity and charm intact.” His artists – Gerry and the Pacemakers, Cilla Black, Billy J. Kramer and The Dakotas and so many more including that group called The Beatles – were the bright lights of the 1960s. But their fame and his wealth were not amassed at the cost of Brian’s soul. Epstein wheeled and dealed with “the big cigars” of the entertainment industry and yet, remained unsullied.

In the 1960s, Brian Epstein was regarded as “naïve.” No doubt, he would be ridiculed in our cutthroat world of today. But in August of 1967, Epstein left this world with his honor intact. And his high standards of business behavior contributed much to the outstanding quality that shown through John Lennon, Paul McCartney, George Harrison, and Ringo Starr. Brian expected “his boys” to be “better,” to be special. And they were. To Brian Epstein, everything was personal, especially business.