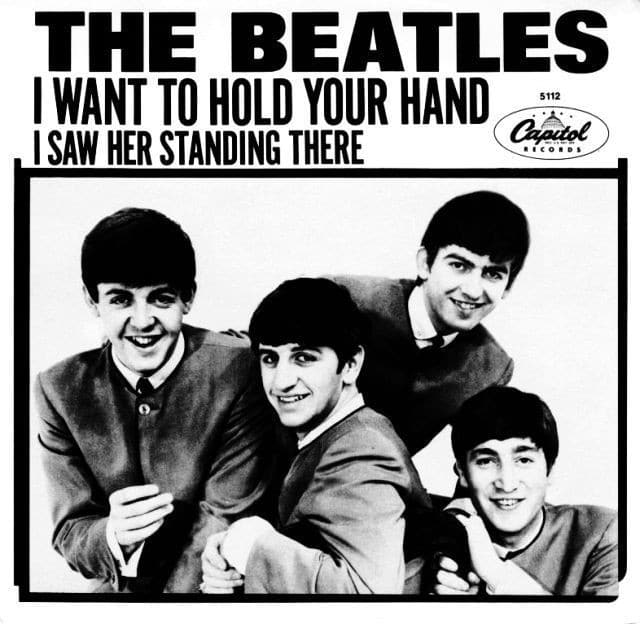 56 years ago tonight, I heard I Want To Hold Your Hand for the first time.

I know I have told this story before but some stories are worth retelling.

Since Christmas and New Year’s fell on Wednesday in 1963-64, as it did this year, Monday, Jan 6th was the first day back in school in New Jersey. I was out of town for two weeks and my transistor radio did not work, so I heard nothing about The Beatles until that evening.

I remember it as if it were today. I was almost 16 years old, sitting on my bed doing my homework, listening to the radio – WABC in particular. It was the biggest station in the U.S. and was called a Top 40 station. They played all the hits of the day. At 7:45 p.m., the Legendary Scott Muni puts on this new record I had never heard before.

The song immediately caught my attention and I got so very excited, I put down my homework, jumped to the edge of the bed and listened, wondering what was I hearing. Who was singing?

By the time the song was over, I was hooked. Scott Muni said that was a song by a band from England who called themselves The Beatles. My immediate thought was “What a strange name!” The next day I came home from school and since Tuesday was always new survey day, the radio went on as soon as I got home. Within minutes, Dan Ingram (another radio icon) played the new Number One song and it was I Want To Hold Your Hand. How could that be — hearing it for the first time and #1 immediately!!

Apparently a lot of people must have had the same reaction as I did. I have met many fans at the FEST over the years who tell me a similar story. I guess that is why we celebrate our common love for The Beatles there. It was a moment in time indeed. My father bought me a guitar the day after he asked me if I wanted to learn how to play guitar. I was jumping up and down playing air guitar to Twist and Shout on the car radio and my dad (a professional musician himself) definitely took notice.

The Beatles took hold of me 56 years ago tonight and never let go. The Ed Sullivan Show was five weeks later and two weeks after that I saw The Beatles in the flesh leaving the Deauville Hoel in Miami Beach. My family happened to be staying at the hotel right next door on vacation. I was running down Collins Avenue alongside the limo waving and they were smiling and waving back at me as they headed off to the airport to go back to London.