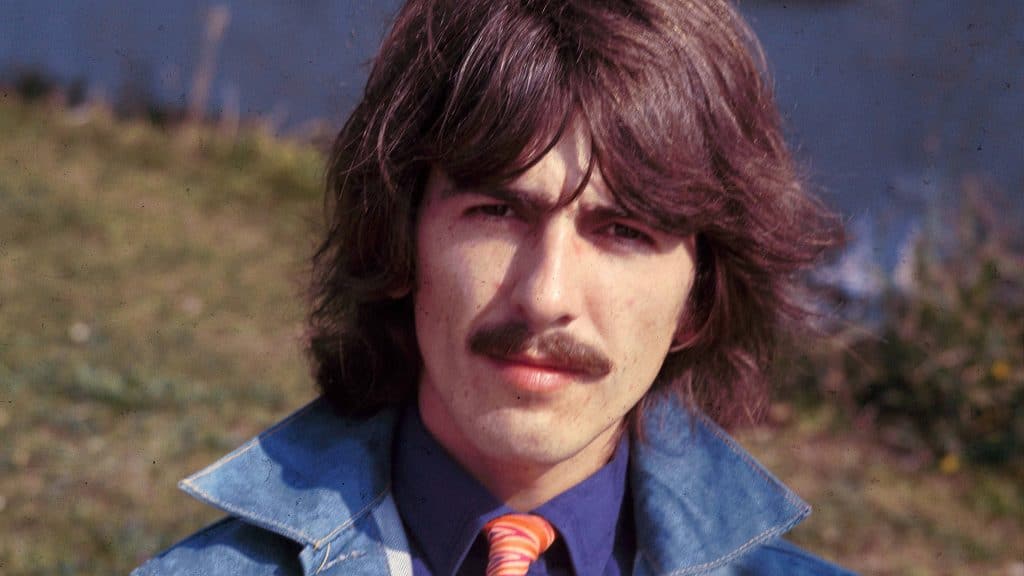 On Feb. 25 we’re celebrating the life of George Harrison on his birthday.
Our Facebook Live concert event from 1 PM to 4:30 PM is free as a bird!
Our Zoom event from 5 PM to 11 PM is a paid event, with tickets available here:
https://www.eventbrite.com/…/life-of-george-a-beatles…
A portion of the proceeds from ticket sales and donations will go to the Material World Foundation
George established the Foundation in 1973 to encourage the exploration of alternate and diverse forms of artistic expression, life views and philosophies as well as a way to support established charities and people with special needs.
Facebook Live performance schedule:
1 PM: Ellis and Ary
2 PM: Scott Erickson
3 PM: Joe DeJesu
Paid Zoom event beginning at 5PM features a full-length live concert by Liverpool and special appearances by Billy J. Kramer, Peter Asher, Laurence Juber, Joey Molland, and more!
Full info:
LIVERPOOL Live in Concert at Daryl’s House, playing George Harrison’s music from The Beatles, his solo albums, The Traveling Wilburys and more!
George Harrison’s friends and collaborators share stories, memories and music, in conversation with our M.C.’s Ken Dashow (Q104.3 -NYC), Terri Hemmert (WXRT – Chicago) & Tom Frangione (SiriusXM – The Beatles Channel).
BILLY J KRAMER is a native Liverpudlian, was also managed by Brian Epstein, and became very good friends with The Beatles. He was teamed up with The Dakotas and had many hit records on both sides of the ‘pond’, four of which were written by John. Being closest in age to George, the youngest Beatle, Billy has some terrific stories to share with us, and perhaps a song, too!
JOEY MOLLAND was a member of the Apple band Badfinger, and Joey’s power guitar was a key part of the group. George played on and produced their huge hit Day After Day. Joey also performed at the Concert For Bangla Desh in NYC in August, 1971. Joey has graced our stage dozens of times and he sure knows how to rock and roll with the best of them! In this Birthday Zoom, Joey will talk about his times with George in the studio, on stage and other fond memories.
PETER ASHER has had an amazing career in the music industry. First as half of Peter & Gordon, head of A & R at Apple (Signing James Taylor), Producer of the Year twice, produced Ringo and has written our bestselling book of all time – The Beatles From A to Zed. Peter will share is fondest memories of George from those early days and beyond.
LAURENCE JUBER was the lead guitarist in the final lineup of Wings. He has also recorded with George and Ringo. LJ won Acoustic Guitar Player Magazine Guitarist of the Year TWICE! Laurence has been a guest dozens of times at our FESTS dating back to the early 1980s and is one of the finest guitarists in the world. Laurence will talk a bit about George and treat us to a couple of George instrumentals we all know and love.
TOM SCOTT is one of the finest Sax players in the business. He worked closely with George on 3 of his albums, Dark Horse, Extra Texture and 33 1/3. He also joined George on his only U.S. tour, in 1974. We are honored that Tom will be sharing some of his stories about his experiences with George in the studio and on stage, for our George Birthday Celebration.
RUSS TITELMAN is a legendary record producer and three time Grammy winner who produced the George Harrison album from 1979. Three hits came out of that album, Blow Away, Love Comes To Everyone and Faster. Russ will give us a good idea of what it was like recording a new George album.
CHRIS O’DELL started working at Apple at the invitation of her friend Derek Taylor and was on the roof for the final concert. She worked for George and Pattie and stayed at Friar Park during 1970. Chris assisted George for the All Things Must Pass LP, helped recruit musicians for the Bangla Desh Concerts. The b-side of Give Me Love was Miss O’Dell, written while George was waiting for Chris to arrive at his Malibu home.
Be Here Now, a George Harrison Photo Presentation
CHRIS MURRAY is the curator of the Govinda Gallery in Washington, D.C. and his latest project was the outstanding book, George Harrison: Be Here Now, a book of the Photographs of Barry Feinstein, who was George’s official photographer from 1970-1973. Chris was invited by George to stay at Friar Park during this time. There are even some photo’s Chris took that are included in the book. This is going to be a special Slide Presentation by someone who was there!!
Sharing about George’s Journey to India:
PAUL SALTZMAN – Author of The Beatles in India book, his photos of the band, put away for 30 years, are among the best taken during the Beatles visit to Rishikesh.
SUSAN SHUMSKY worked for the Maharishi for 6 years and will be doing a slide presentation about TM including rare photos of George in Rishikesh in 1968.
GEORGE UKULELE STRUM
GiGi WONG-MONACO and CLAR have been a part of the Chicago FEST events for decades, Their Ukulele Strums are now legendary and they will be playing some of George’s classics during the evening.
HARRISON FAN ART EXHIBIT
Want to share your creations with the FEST Beatles World? Make something new or share something you’ve already done – During the Birthday Celebration we will display slide shows of art featuring George – any media. Hosted by Deco
Submit a good photo of your art entry (300 dpi, jpgs or pngs), with your name and your town/state, to mark@thefest.com, by February 20th to include your art in the show. No fee to submit your work, though all artists should be registered for the event.
GEORGE TRIVIA
Beatles historian Wally Podrazik will be posing questions to the audience throughout the evening. Show off your intimate knowledge of The Beatles, or learn something new!
…After Hours Fan “Hotel Lobby” Jam…
Play your George favorites for one another all night long.